Defender Azpilicueta and forward Pulisic limped off during Chelsea's 2-1 defeat by Arsenal in the FA Cup final on Saturday.

Chelsea will visit German champions Bayern Munich on Aug. 8, trailing 3-0 from the first leg of their last-16 tie.

"I don't know the full extent of the injuries," Lampard told reporters. "But I know the hamstrings with Azpi and Christian - they have to be scanned and assessed over the next few days.

"They clearly won't be fit for next week." 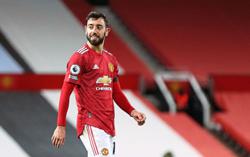