MANCHESTER, England (Reuters) - David Silva scored one goal and made two more as Manchester City put on a passing masterclass to overwhelm Newcastle United with a 5-0 Premier League victory on Wednesday.

Having announced that he will leave the club at the end of this season after a 10-year spell, the 34-year-old Spanish playmaker showcased all of his considerable skills as City demolished a rudderless Newcastle.

Boss Pep Guardiola heaped praise on City captain Silva, saying that fans would be given a proper chance to say goodbye at some point in the future.

"He's coming back to make the farewell game in front of all the fans, because he's an incredible legend," Guardiola told BT Sport.

"He's a huge competitor, in small spaces, in the pockets, I never saw a player like him."

The victory moved second-placed City up to 69 points with four games of the league season remaining while Newcastle are 13th on 43.

Gabriel Jesus put the home side ahead in the 10th minute, stabbing home Silva's clever pass, and Riyad Mahrez made it 2-0 in the 21st minute when Kevin De Bruyne pulled the ball back for him to sweep home from the penalty spot.

Things went from bad to worse for Newcastle in the second half when Matt Ritchie's last-ditch attempt to dispossess Jesus hit fellow defender Federico Fernandez and flew into the goal to put City 3-0 up.

Silva got himself on the scoresheet in the second half, stroking home a beautiful free kick from the edge of the box in the 66th minute, and he would have had a second if not for a brilliant reflex save by Newcastle keeper Martin Dubravka.

Guardiola handed a Premier League debut to 18-year-old midfielder Tommy Doyle, both of whose grandfathers played for the club, in the second half.

Though the City players gave the teenager plenty of chances to make an impact, it was Silva that set up substitute Raheem Sterling for a simple goal in stoppage time to make it 5-0. 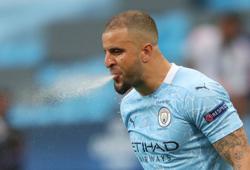 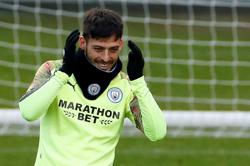 David Silva to see out season with Manchester City 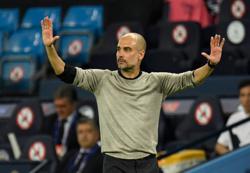 A statement victory from City but Guardiola keeps his cool