PETALING JAYA: For years, being a goalkeeper meant making saves and “pumping” the ball away for Rahadi Azli Rahalim.

However, since being drafted by coach Nafuzi Zain into the Terengganu squad, he has learnt the modern methods of being a goalkeeper.

Instead of just manning the goalpost, the boy from Setiu now understands that he is also an important part of the outfield players and has to learn to be a “sweeper keeper”.

A sweeper keeper is one who comes off his line to cut off attacks and through balls, and also leaves his six-yard box to initiate counter-attacks.

The 19-year-old, who stands at 1.92m, said that during his youth team days with the Terengganu development side, he was just told to make saves and long clearances, basically being an old-fashioned goalkeeper.

And in the first few months of training with the senior squad, he felt a little awkward as he was so used to pumping the ball away. But thanks to Nafuzi and goalkeeping coach Yazid Yassin, he is now blooming.

And Rahadi is already in line for a place in the National Under-19 team in the Asian Football Confederation (AFC) Under-19 Championships in Tashkent, Uzbekistan.

For Rahadi, that would be a dream come true.

“This will be my last year as a teenager, and what better way to end it by donning national colours in Uzbekistan. I will be living a dream if it happens. Now, I just have to keep building myself as a person and player to succeed in life.

“For years, I watched my state team play in the stadium, and my dream was to be on the field one day. I have achieved that. Now it is time to think bigger – of the national colours.”

“I am learning from two players. One is Khairul Azhan (Khalid), who plays for Selangor. He is a low profile player, but when he plays, the saves he makes are brilliant. Also, his reflexes are first class.

“Another one is (Manchester United’s) David De Gea. He had his ups and downs. Even when he is down, he knows how to make a grand comeback. His mental strength is good.”

Rahadi’s performance for Terengganu has also been praised by many, and some have said he could one day be Malaysia’s number one, despite the fact that the Turtles have conceded a whopping nine goals in three matches,

“To be honest, I just wanted to be in the squad. I did not target to be in the first 11 but I guess it was my rezeki (blessing),” said the player in his thick Terengganu accent.

“When I played the first game (a 1-3 defeat by Perak), I was nervous, but after that, I was okay. The difference between my youth and senior days is the style of football.

“In modern football, you start attacks from the defence and the goalkeeper needs to be comfortable with the ball. It took some adjusting, but I have now grown into it.”

After three months of inaction, Rahadi and Co have returned to training, and the youngster admitted that he has to fight for his spot again before the league resumes in September.

He has to compete with older goalkeepers like Ilhan Amirullah Razali, 26, and Shamirza Yusof, 31, to stamp his place in the Terengganu first team.

“The break was pretty long, so there is lots of catching up to do. I have to build my fitness and find my motivation again,” he said. 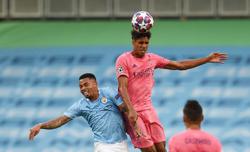 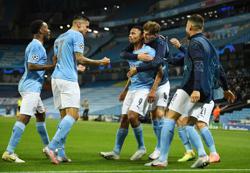 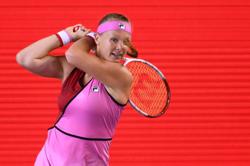