PFAM: Thanks for the support, TMJ

PETALING JAYA: Thumbs-up for standing up for what is right.

The Professional Footballers Association of Malaysia (PFAM) thanked the Johor Darul Ta’zim owner Tunku Ismail Sultan Ibrahim for standing up for footballers’ rights on the issue of salary reduction.

Tunku Ismail’s support came in the wake of grouses by Malaysia’s professional footballers over pay cut due to the Covid-19 pandemic.

Despite FIFA’s guideline to handle the financial crunch last week and the subsequent measures put in place by the FA of Malaysia (FAM) and the Malaysian Football League (MFL), the issue of salary reduction had continued to rumble on.

PFAM have accepted the new guidelines over the salary issue but insisted that teams settled their salary arrears before the M-League was disrupted by the outbreak since March 16.

“We want to extend our gratitude to Tunku Ismail for the support shown to the players in the issue of contract negotiations that was suggested by FAM and MFL, ” said PFAM in a statement.

“Tunku Ismail’s statement shows his understanding of the matter as well as his constant effort to support the professional careers of footballers.

“This is a clear signal that the rights and welfare of the players must be respected before any negotiation process can begin.

“We would also like to congratulate JDT who have always been committed to taking care of the players’ rights and have always complied with contractual obligations.”

“As such, we are urging teams with salary arrears to quickly settle it and accept the conditions to ensure that the discussion process over pay cut with the players can be done in a just and fair manner.”

JDT was the first M-League team to announce a salary-slash following the suspension of all football activities in the country due to the escalating Covid-19 situation.

Tunku Ismail reminded M-League teams to not use the situation as an excuse to not pay salary arrears.

“Most players in the country are ready to co-operate with their respective teams regarding salary reductions. But please ensure that teams pay up the salary arrears to their players first, ” said Tunku Ismail in a statement.

“It should not be a situation where two or three months of salary is owed but now the Covid-19 is being used as an excuse to cut salaries. Teams such as Kedah, Kelantan, Melaka United and Penang must settle their arrears first before making salary deductions.

“This is not a question of players refusing to co-operate. Instead, they are ready to work together.”

“Most teams depend 100% on the state governments’ allocations and it is puzzling that these teams have still not paid players’ salaries. This is akin to not acting in a trustworthy manner.” 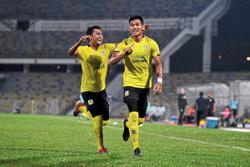 Shahrel on the right track to win Golden Boot award 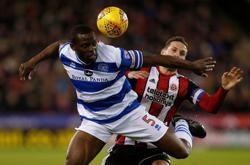