PETALING JAYA: The Football Association of Malaysia (FAM) want all stakeholders in the M-League to follow the guidelines issued by FIFA to address the economic impact on the M-League following the Covid-19 pandemic.

On Tuesday, FIFA issued a circular regarding the expiry and commencement of player contracts, football employment agreements that can no longer be performed and the transfer window.

“Under the FIFA directive, all clubs, players and officials can begin discussions without fear as it is stipulated in the new guidelines.

“We urge all parties to discuss the problems professionally and transparently.”

The process will affect players and officials from the 14 FAM affiliates and 24 Malaysia Football League (MFL) partners.

Stuart pointed out the FIFA guidelines were in line with the call made by FAM and MFL earlier for teams and players to conduct open discussions to find solutions in all aspects of their contracts throughout the movement control order (MCO) period.

In a joint statement released by FAM and MFL on March 26, both organisations urged all teams and clubs to discuss the impact caused by the postponement of all local football activities due to the MCO.

However, a day later, Professional Football Association of Malaysia (PFAM) responded by issuing a statement which insisted that the terms and conditions of the players’ contracts, primarily on salaries, must be honoured.

“PFAM’s refusal to open the door for discussions did not benefit anybody and in fact had wasted a lot of precious time in finding an amicable solution.

“Now that FIFA have come up with the directives, we hope everyone will follow accordingly, ” said Stuart.

Stuart added that the unprecedented situation calls for decisions to be made outside the norm, in light of the possibility that the MCO will be extended after April 14.

Yesterday, Prime Minister Tan Sri Muhyiddin Yassin announced that the MCO has been extended until April 28.

“During this uncertain period, FAM wish to avoid a situation whereby the players and coaches continue to be paid according to the present terms and conditions whereas the teams are facing financial instability that may lead to bankruptcy and subsequently the loss of jobs for many.”

Step 1: If there is a need to review the salary status of a contract, clubs must negotiate directly with the players and technical officials to find the appropriate Collective Agreement which must be finalised latest by April 22,2020.

Step 2: League organisers Malaysian Football League (MFL) and the PFAM are encouraged to negotiate and draft a Temporary Wage Structure package agreeable to all parties.

In this aspect, FAM are recommending to MFL to immediately initiate a discussion with PFAM and to prepare a Collective Agreement by April 22,2020.

Step 3: If the parties failed to reach an amicable solution by then, they may take the matter to FAM. At this stage, MFL and clubs are reminded not to make any unilateral decisions, even if it is stipulated in the FIFA guidelines, without referring to FAM. MFL and the clubs are also reminded to adhere to all the conditions to be determined by FAM before a case is submitted for settlement. 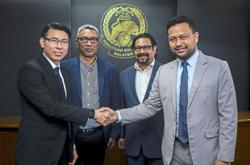 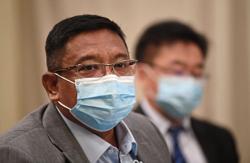