More Dutch clubs call for season to be called off

AMSTERDAM (Reuters) - Two more leading Dutch clubs joined champions Ajax Amsterdam in calling for the cancellation of the rest of the season, hours after neighbours Belgium brought their campaign to a close on Thursday.

AZ Alkmaar, who were leading the standings with Ajax when the league was suspended last month because of the coronavirus pandemic, and PSV Eindhoven, champions in 2018 and runners-up last season, added their voices to a call made by Ajax technical director Marc Overmars.

"We find the current coronavirus situation extremely concerning and think to complete the rest of the season behind closed doors in irrelevant,” AZ technical director Robert Eenhoorn told Dutch media.

"Plus, there is still a lot of uncertainty about how the virus outbreak will continue to develop,” he added.

They echoed the sentiments of Overmars who was irritated by the Dutch football association’s (KNVB) decision to try to complete the campaign, even if it means re-starting as late as mid-June.

He said there was no point in playing on when the impact of the coronavirus presented far more pressing concerns.

The KNVB said on Wednesday it would follow a UEFA suggestion to attempt to complete the season.

Feyenoord, the country’s other leading club, said they felt it better to wait and see how things develop over the coming weeks.

“An uncompleted competition is unsatisfactory for everybody, players as well as supporters,” Feyenoord technical director Mark Koevermans said.

Belgium had earlier on Thursday called time on their season, leaving Club Bruges to be crowned champions.

Last week 17 of the country’s 24 first and second division clubs – many facing potential financial ruin -- wrote to the professional league authorities calling for the rest of the season to be cancelled. 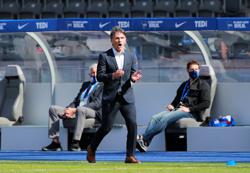 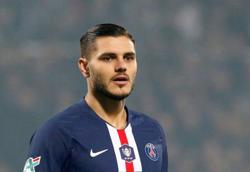