Davies confident signings will make an impact for Pahang

PETALING JAYA: Pahang skipper Matthew Davies (pic) is confident that his team’s new signings will make an impact in the M-League.

The Elephants have signed Brazilian striker Ivan Carlos and Filipino midfielder Adam Reed but they still have two more slots to fill as they have only retained French centreback Herold Goulon from last season.

Matthew said Pahang’s careful approach in hiring players during the transfer window would benefit them.

“The fans have high expectations for a big team like Pahang and it’s only normal but I hope, they’ll be patient. It’s good to be careful with the signings, ” said Matthew.

“I’ve been training with the new players in the team, and they have quality. I have played with Fazly and Kumaahran in the national team and the Under-23 team before so they are a good addition too.

“We have four more weeks to prepare before the season starts and we are working hard.”

The Perth-born player said those who remained – winger Mohamadou Sumareh, midfielder Nor Azam Azih and defender Muslim Ahmad – are still among the best players in the country.

“We lost a number of quality players but they were non-regulars so we still can cope without them. Their departures also make space for other youngsters like R. Dinesh and Faizal (Halim) to step up, ” said Matthew.

“We have to be patient and believe in the process... the team are in the midst of rebuilding and if everything goes well the results will come.” 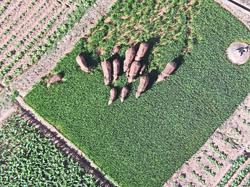