London (AFP) - Zlatan Ibrahimovic is targeting Premier League glory with Manchester United as he plots his return from a serious knee injury to "finish what I started".

The 36-year-old former Sweden captain has been out of action since suffering cruciate ligament damage in a Europa League clash with Anderlecht in April.

"I said I will come back to finish what I started," Ibrahimovic, who signed a new one-year deal with United over the summer and is expected to be available before the end of the year, told Sky Sports News.

"Everything I build up from the first season, because obviously we won the three trophies... the ending for me was not the ending I wanted, or nobody wanted, especially after how the season went.

"The target is the Premier League. That is my target to finish. So everything that I started from the first season, we will finish it in the second one."

The injury had put Ibrahimovic's future in doubt, given he only had an initial one-year deal, but he says it spurred him on.

"In that moment when it happened it was easier for me to say that I will come back because then I had a challenge," he said.

"And the challenge was that I never had a major injury, and all these people talking that 'it's over' or 'he's too old' -- all these doubts I had in my whole career.

Ibrahimovic made a big impact at United last season, scoring 28 goals in 46 appearances as the club won the Community Shield, League Cup and Europa League.

"I will not walk out limping. I will walk out the way I want to walk out - even if I have to walk on water, I will do that also!" 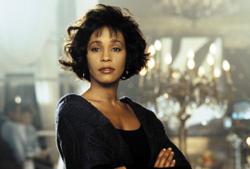