PARIS (Reuters) - Mario Balotelli scored his first away goals of the season as Nice won 2-1 at Lille to keep their Ligue 1 title hopes alive on Friday.

Nice, without their injured striker Alassane Plea and influential midfielder Wylan Cyprien, moved up to second on 70 points from 32 games.

They trail leaders Monaco by one point and lead third-placed Paris St Germain by two points.

Monaco and PSG have two games in hand after the defending champions beat the principality team 4-1 in the League Cup final last Saturday.

Monaco travel to Angers on Saturday with PSG taking on En Avant Guingamp on Sunday.

Italian striker Balotelli netted his 12th and 13th league goals as Nice came from behind after Ibrahim Amadou's deflected shot put the hosts ahead on 14 minutes.

On the stroke of halftime, the former Liverpool forward doubled the tally, poking the ball home after Vincent Enyeama parried Ricardo Pereira's attempt into his path.

It was a first for Balotelli, who had netted his 11 previous league goals at home.

The defeat left Lille in 13th place on 37 points. 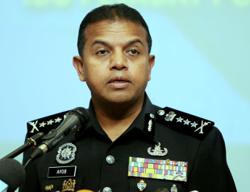