China's expansion into Europe, at home set to continue

MANCHESTER, England (Reuters) - Chinese investors will continue to buy heavily into European clubs and the country's own clubs will step up their pursuit of big name players to compete in their Super League, two leading figures in Chinese soccer have said.

Alex Teixeira, Ramires and Jackson Martinez are among the players to recently move for huge fees from Europe to the Chinese Super League, while Chinese investors have stakes in major clubs such as Inter Milan, Manchester City and Espanyol.

"More big names will undoubtedly follow to China because the marquee players drive visibility of the game and the money is there to attract them," Paul Duffen, former chairman of Hull City and now an expert in Chinese soccer told Reuters.

"English players will start to go; I can very much see Wayne Rooney playing in China," he added.

"I'm sure China will become an end-of-career option just as the Middle East and MLS are."

The Chinese FA's marketing director Li Jiuquan said England and Manchester United captain Rooney would be one of the most attractive signings the CSL could make.

"Wayne Rooney is well known in China ... even my son knows the name of Rooney," he told Reuters. "Maybe only Messi and Ronaldo are more famous.

"Players will keep coming to China, that's for sure. The clubs want to improve the level of their performance and those kind of players attract more and more fans."

Helping drive the growth is the fact Chinese President Xi Jinping is a known fan and has made the sport a priority, with a plan to turn the national team into one of the world's best by 2050, while it hopes to have more than 70,000 pitches available for use by 2020.

Duffen, however, sounded a note of warning about growing Chinese investment in European clubs.

"I can see an increasing exportation of players, coaches and expertise from west to east, and a migration of money from China to Spain, Germany, France and especially England, because 350m already watch the Premier League in China," he added.

"The scale of the Chinese economy and the patronage culture that exists there means you will find companies funding football clubs in China and investing money to European clubs." 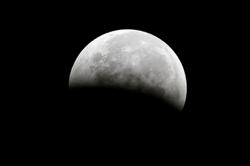