Pahang players training under the watchful eye of coach Dollah Salleh at the SUK field in Shah Alam, May 30, 2013. They will play against Johor this Saturday at the National Stadium in Bukit Jalil. GLENN GUAN/The Star

PETALING JAYA: Playmaker Azidan Saruddin is back with Kuala Lumpur.

This is good news for the Premier League side, who are getting stronger by the day.

The former Pahang stalwart began his playing career with the City team in 2006 and turned out for them for four years. He left Kuala Lumpur to play for Selangor for two seasons (2011-12) before joining Pahang (2013-15).

“He (Azidan) should give us the competitive edge in midfield and inject more bite to our attack. We’re looking forward to his quick return to the team.”

Azidan, who is recovering from an anterior cruciate ligament (ACL) injury, is expected to see action in March.

Ismail is confident that his new-look squad can finally make a strong claim for the Premier League crown and end their 17-year title drought.

Last year, they were relegated to the third-tier FAM Cup competition after finishing 11th in the 12-team Premier League.

But the Football Association of Malaysia (FAM) reinstated KL in the second-tier league following the exclusion of Singapore’s Lions XII from the Super League. 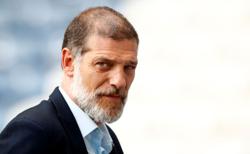