“I have to get back into shape after taking leave for my wedding. It is tough but I am prepared to push myself in training,” said Zaiza, who tied the knot with Sarawakian Suzursofia Smeth Jaya last Friday.

Zaiza is hoping to improve his football fortunes after mostly warming the bench in his four seasons with Pahang.

“I had a tough time in Pahang. There were a number of seasoned centrebacks and it was not easy to win a regular place. Skipper Razman (Roslan) and Jamaican Damion (Stewart) were the regular starters.

“But that’s professional football – only the best gets to play in the first team. Now that I am a married it comes with more responsibilities and it is time for me to wake up,” said Zaiza, who started his professional career with Selangor in 2006.

After four seasons with Selangor, Zaiza moved to Pahang (2011-15) where he won the FA Cup and two Malaysia Cup titles.

Elavarasan believes they will be among the top two teams to earn promotion to the top flight.

“Our aim is to finish in the top two. We came close last season before finishing fourth. This time, I believe we will go up,” said Elavarasan after a training session at the PKNS ground in Kelana Jaya.

Besides PKNS, Elavarasan picks Perlis, Malacca, Kuala Lumpur, Sabah and Negri Sembilan as the other teams in the battle for promotion. The others teams in the league are Sime Darby FC, UiTM FC, DRB Hicom, JDT II and Kuantan FA.

“We made 12 changes to the team and we have an improved line-up. The competition will be stiff but I have confidence that my players will rise to the occasion,” said Elavarasan, who is known as the coach with the Midas touch. 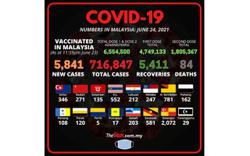