MUNICH (Reuters) - Borussia Dortmund have no plans to overhaul their squad despite an underwhelming league campaign and the impending departure of coach Juergen Klopp along with several key players, CEO Hans Joachim Watzke told Reuters in an interview.

Klopp will leave at the end of the season after seven years in charge and the 2011 and 2012 German champions will also see Ilkay Guendogan depart along with the retiring Sebastian Kehl.

There are also question marks over the futures of other players, including Mats Hummels, Kevin Grosskreutz and Neven Subotic.

"No, there will be no major overhaul," Watzke said. "Last year one player left (Robert Lewandowski), this year it is probably two.

"Everything else is still open. So yes, there will be change but not a complete overhaul of the team. As for any of the other cases, I will not talk about names."

Despite flirting with the relegation zone for much of the first half of the season, Dortmund can still salvage some silverware with a German Cup final against VfL Wolfsburg to come later this month.

They can also still clinch a Europa League spot with a sixth or even a seventh place finish if Wolfsburg win the Cup.

"We have managed to stabilise throughout the season but we have to wait until the end to see what comes out," Watzke said.

Dortmund were in last place as recently as February before a comeback lifted them to seventh with two matches remaining.

"Obviously our position after the 32nd matchday is much more relaxed than after the 19th matchday," Watzke said.

"The most important issue for us is to make the Europa League qualification. That is our number one target. That translates into about 30 million euros (22 million pounds) in revenues for us next season.

"Winning the German Cup is big because it is a title and going to Berlin is added motivation but I would like the team to have already qualified for the Europa League when we go to play the final at the end of the month."

Failure to earn a Champions League spot means less revenue but Watzke said Dortmund, on the brink of bankruptcy 10 years ago, were on solid financial footing even without it.

Group revenues were up by 11 million euros to 204 million in the first nine months of the fiscal year 2014-15.

"We are expecting to mark a profit again this year. This result will contain amortisation about 40 million euros. Regarding to EBITDA (earnings before interest, tax, depreciation and amortisation) as an financial indicator, the club's financial position is more than comfortable."

Germany's second richest club after Bayern have set a turnover target of 300 million euros by 2018 despite this season's setback.

"Next year, that will not be the case so it may be a little less. But there is the Europa League and our 300 million turnover target is one that we are not prepared to give up."

What will also help the club's growth is an increased Asian presence that started last year with an office in Singapore, with the side scheduled to play two games on the continent in July with stops in Singapore, Malaysia and Japan.

But with the main focus on sporting success next season, Dortmund will have to deal with the emergence of second-placed Wolfsburg as a new rival to the big guns.

"Wolfsburg are a huge sporting competition for us. They will also always have more money than us," Watzke said.

"But we have to wait and see what happens, we still have to face them twice this season and again next season." 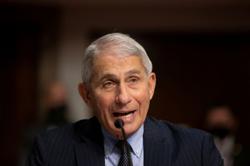 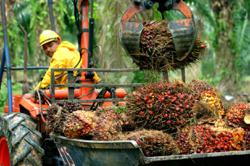