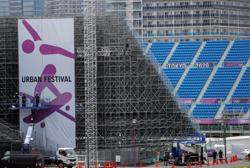 PETALING JAYA: Not reaching the World Cup final is just a small blip for diver Cheong Jun Hoong as her bigger goal is to shine in Tokyo when she returns for the Olympic Games in July.

At the age of 31, the seasoned diver is just glad to be part of the Malaysian Olympics contingent again

She became the fifth Malaysian diver – all woman – to qualify for Tokyo Games after finishing first in the women’s 10m platform individual preliminary in the world meet on Tuesday.

The top 18 in the semis are assured of places in the Olympics.

Jun Hoong, however, flopped her five-dive semi-final routine and ended last in the field of 18 competitors.

It was Pandelela Rinong. who raised cheers by qualifying third for the final and went on to become the champion. Pandelela’s gold was Malaysia’s only medal of the meet.

Despite the high and low in the event, Jun Hoong’s dogged-determination to book the Olympics spot is laudable in her first competition after three years..

She had not competed in any tournaments since undergoing surgery on her knees a year after winning a historic gold medal at the 2017 World Aquatics Championships in Budapest, Hungary.

Jun Hoong not only had to give up her world title defence in Gwangju in 2019 but had to sit out the rest of last year like everyone else due to the Covid-19 pandemic.

She accepted the fact that she was not ready yet for back-to-back days of competition in her current physical condition.

“It’s a pity that I did not make it into the final. Nonetheless, I am grateful that I managed to achieve my goal to qualify for the Olympics, ” said Jun Hoong, who is aware of the challenges ahead in getting ready for her return trip to Tokyo in July.

“I need a more focused and quality training sessions. The road ahead will always be full of obstacles but I will keep going, keep learning and get back up after every fall with stronger resolve, ” said Jun Hoong, who will be making her third straight Olympics appearance.

Jun Hoong already has a silver to show from her previous Olympics outing in Rio de Janeiro in 2016 when she partnered Pandelela to finish second in the women’s 10m platform synchro final.

Jun Hoong, who will only focus on the individual platform in Tokyo, thanked those who supported her to reach her Olympics goal.

“For those who supported and cheered me on, thank you. Your kind words and messages are much appreciated. I am also very thankful to have coach Yang Zhuliang who has been guiding me all these while.” 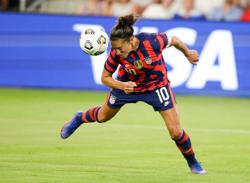 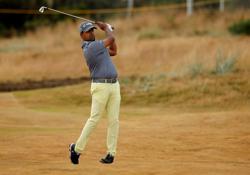