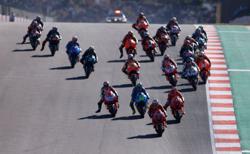 The age threshold in Moto2 and Moto3, the classes on the ladder immediately below the top MotoGP category, is currently set at 16.

Grid sizes will be reduced in a number of other junior series sanctioned by the governing FIM, with minimum ages increasing by one year from 2022.

The safety changes were decided by the FIM and MotoGP promoter Dorna in a meeting at Italy's Misano circuit ahead of the Emilia-Romagna Grand Prix.

Dean Berta Vinales, 15-year-old cousin of MotoGP regular Maverick Vinales, died after he fell and was hit by other riders in a World Superbike support race in Spain last month.

In June, 14-year-old Spaniard Hugo Millan died after a collision in a junior championship race at the MotorLand Aragon circuit in Spain.

Swiss Moto3 rider Jason Dupasquier, 19, died in May after crashing in qualifying for the Italian Grand Prix at Mugello.

"Raising the minimum age for each category of motorcycle racing is a decision taken in order to ensure a safer pathway for all riders beginning and continuing their careers," MotoGP promoter Dorna and the FIM said in a joint statement.

The World Supersport 300 series, in which Vinales had his fatal accident, will limit its starting grid to 32 riders from more than 40 at present.

Airbags will become compulsory in all FIM sprint circuit racing championships and work has started on developing automatic, near-instant warning systems to alert riders to crashes ahead. 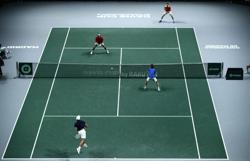 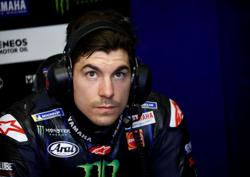