(Reuters) - Cycling's world governing body said on Thursday the women's Tour de France will return in 2022 after a 33-year absence and will be held after the men's event.

Giro d'Italia Donne also returns to the women's WorldTour calendar after it was downgraded to a second tier event for failing to comply with TV broadcast regulations.

The Women's Tour, held in Britain, will return to its usual summer slot in 2022, running from June 6-11, after the 2021 edition was postponed to October due to the COVID-19 pandemic. 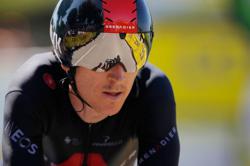