(Reuters) - Lancashire all-rounder Liam Livingstone will make his test debut for England against Pakistan on Thursday, as England Men named their team for the first Test of the three-test series.

Nottinghamshire batter Ben Duckett returns for England for the first time since 2016 and will open the batting with Kent County's Zak Crawley.

The test will be England's first in Pakistan since 2005. International teams have largely avoided the country since an attack by Islamist militants on the Sri Lankan team bus in Lahore in 2009 killed six policemen and two civilians.

(Reporting by Tommy Lund in Gdansk; Editing by Stephen Coates) 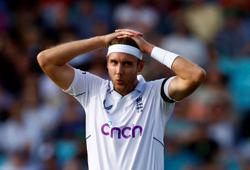