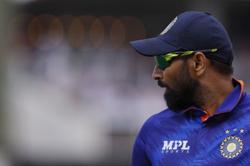 NEW DELHI (Reuters) - Jasprit Bumrah is set to miss next month's Twenty20 World Cup in Australia, local media reported on Friday, after the Indian bowler was ruled out of the ongoing home series against South Africa with a back injury.

The 28-year-old, whose unorthodox action and yorkers make him a valuable limited-overs asset, missed the recent Asia Cup with the injury.

He played two 20-overs home matches against Australia earlier this month but skipped Wednesday's Twenty20 against South Africa after the injury flared up.

Local media quoted Indian board (BCCI) sources as saying Bumrah had now been ruled out of the World Cup, where 2007 champions India begin their campaign on Oct. 23 against arch-rivals Pakistan in Melbourne.

But BCCI spokespersons declined to confirm if Bumrah had been ruled out of the World Cup, with secretary Jay Shah saying only that the bowler would miss the entire South Africa series.

"Bumrah has sustained a back injury and is currently under the supervision of the BCCI medical team," Shah said in a statement on Friday.

Mohammed Siraj will replace Bumrah for the next two matches against Temba Bavuma's team.

India beat world champions Australia 2-1 earlier this month and are 1-0 up against South Africa in their three-match series.

However, their death-overs bowling has been a concern ahead of the World Cup. With Bhuvneshwar Kumar and Arshdeep Singh bleeding runs in the final overs India had hoped Bumrah's return from injury would plug that hole.

Rohit Sharma's team are also fretting over the fitness of batsman Deepak Hooda, who has been ruled out of the South Africa series with a back injury. 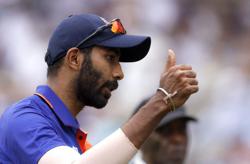