LONDON (Reuters) - Captain Dean Elgar said he always believed his young South African side could become a formidable team after they beat England by an innings and 12 runs within three days in the first test at Lord’s on Friday.

South Africa’s bowling attack proved as venomous as had been expected but the inexperienced top six batting line-up also played its part in an unexpected victory.

"Everything has been a work in progress since I've taken over the captaincy but I always felt the core of the group had the basic fundamentals to one day become a world-renowned test side," he told a post-match news conference after Friday’s emphatic victory.

Elgar said the players had grown in experience over the last 18 months into a winning collective. They have won eight of 10 tests since he took over against the West Indies, India, New Zealand and Bangladesh.

"They've put the individual stuff aside and actually focused on the team. I'd like to think what we've laid down as a foundation has been pretty true and pretty solid. Our team goals are not unrealistic but pretty achievable. We are a special bunch and we play bloody good cricket when we're doing well,” he said.

Elgar hailed the batting as “pretty sturdy” but labelled the bowling attack, led by Kagiso Rabada and Anrich Nortje and with a surprise haul of wickets for spinner Keshjav Maharaj, as “brilliant”.

They then bowled England out in less than 40 overs for 149 to wrap up the test victory before the tea interval.

"I did not wake up this morning thinking that I’d be doing a press conference before five o’clock," he joked.

"But we need to enjoy these moments, we did it at a really unique place and it's special for a lot of guys that haven't experienced Lord’s before," Elgar said. 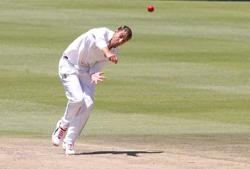 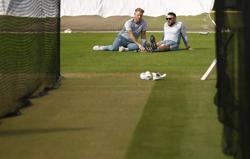