Koertzen, 73, was on the International Cricket Council’s elite panel of umpires for eight years and officiated in 331 matches, a record at the time of his retirement in 2010 that has since been surpassed by Pakistan’s Aleem Dar.

"It is a very big loss, foremost for his family and then for South Africa and cricket," Dar was quoted as saying by ESPNcricInfo.

"I stood in so many games with him. He was not only very good as an umpire but also an excellent colleague, always very cooperative on field and also always willing to help off the field.

“Because of the way he was, he was also well-respected by players."

Koertzen died while driving from Cape Town to Despatch in Eastern Cape, where he lived with his family, ESPNcricInfo said. 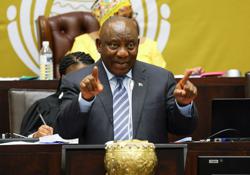