(Reporting by Dhruv Munjal in Bengaluru; editing by John Stonestreet) 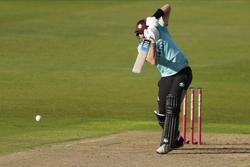