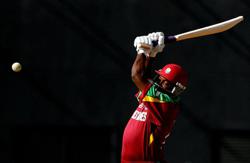 (Reuters) - West Indies' white-ball captain Kieron Pollard has been ruled out of the side's tour of Pakistan this month after failing to recover from the hamstring injury he suffered during the Twenty20 World Cup.

West Indies will play three T20s and three 50-over matches in Pakistan starting on Dec. 13 in what will be the first visit by an international side since England and New Zealand pulled out of scheduled tours this year for security reasons.

"Pollard will undergo rehabilitation work in Trinidad ... and will be reassessed in a few weeks ahead of the upcoming home tours against Ireland and England in January 2022," Cricket West Indies said in a statement on Sunday.

West Indies, who failed to reach the T20 World Cup semi-finals, have picked several uncapped players in two 15-man squads for the tour of Pakistan.

Nicholas Pooran will lead the Caribbean side in the T20s while Shai Hope will captain the team in the 50-over matches. 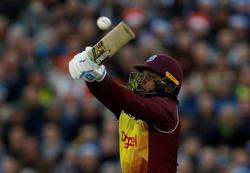