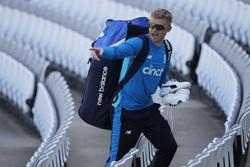 SYDNEY (Reuters) - The last time England arrived Down Under for an Ashes series in 2017, David Warner was Australia vice-captain and the team's designated enforcer with both the bat and the chat.

A lot of water has gone under the bridge since then, not least the ball-tampering scandal that will always blight his career, but Warner proved once again at the recent Twenty20 World Cup that you write him off at your peril.

Out-of-form and dropped by his Indian Premier League side in the run-up to the finals, the left-hander produced three brilliant innings to drive Australia to the title and claim player of the tournament honours.

No longer the out-and-out master blaster of his younger days, the 35-year-old Warner is a smarter cricketer whose place in the test team is so secure that the only debate around Australia's openers is who will bat at the other end.

Warner enters his sixth Ashes series with 1,615 runs at an average of just under 40 against England, although only 95 of them came in the last series in 2019 when Stuart Broad proved his nemesis.

Whether Broad can have the same impact bowling around the wicket on Australian pitches, where Warner has an average of 63.3 in 45 tests, will be one of several intriguing narratives surrounding the series.

One thing is guaranteed, though, Warner will not go down without a fight.

Born a stone's throw from the Sydney Cricket Ground, Warner was raised by a self-described family of "battlers", a colloquialism describing working class Australians who refuse to admit defeat in the face of adversity.

Warner's batting skills and smart investments may have earned him a small fortune and a newly-built mansion overlooking the Pacific Ocean, but he has retained the "battler" spirit.

Always a vocal presence when he fielded at slip, Warner sometimes took the battling a little too literally in his younger days, most notably when he punched England captain Joe Root in a bar ahead of the 2013 Ashes series.

That side of him returned in 2018 when he had to be dragged away from Quinton de Kock in a stairwell at Kingsmead after the South African made what Warner described as "vile and disgusting" comments about his wife, Candice.

It was a bad-tempered series all round and a couple of weeks later in the third test at Newlands, Cameron Bancroft triggered an earthquake when he was pictured with a strip of sandpaper in his hands.

Warner was branded the architect of the plot to scuff up the ball and banned from top class cricket for a year as well as from holding a leadership position in the Australia set-up for life.

Largely keeping his own counsel, Warner saw out the ban before returning to the test environment in disappointing style at the 2019 Ashes.

Back on home soil, however, the runs flowed again with 489 in two innings against Pakistan in late 2019 and another century against New Zealand in early 2020.

Injury limited his participation in the home series loss to India last season and Australia fans will be hoping for a vintage summer from one of the best openers of his generation. 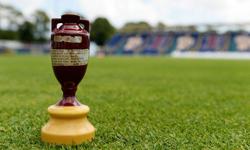