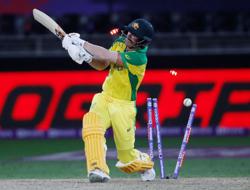 (Reuters) - Former England captain Michael Vaughan said he is sorry for all the hurt Azeem Rafiq has experienced following his ex-Yorkshire team mate's revelations about racism in English cricket.

Rafiq, a player of Pakistani descent, told https://www.reuters.com/lifestyle/sports/asian-heritage-cricketers-insulted-humiliated-yorkshire-rafiq-says-2021-11-16 a British parliamentary committee last week that he had suffered "inhuman" treatment in his time at Yorkshire and described the sport in England as riddled with racism.

Rafiq also alleged that Vaughan told him and two other players of Asian origin that there were "too many of you lot, we need to do something about it", before a match in 2009.

Vaughan has denied the allegation, saying he never made racist comments while at Yorkshire.

"It hurts deeply, hurts me that a player has gone through so much be treated so badly at the club that I love," Vaughan told the BBC https://www.bbc.com/sport/cricket/59432187 on Saturday.

"I have to take some responsibility for that because I played for Yorkshire County Cricket Club for 18 years and if in any way shape or form I'm responsible for any of his hurt, I apologise for that."

The BBC on Wednesday said Vaughan will play no part https://www.reuters.com/lifestyle/sports/bbc-drop-former-england-captain-vaughan-ashes-coverage-amid-racism-allegations-2021-11-24 in their coverage of the upcoming Ashes series after being named in the racism controversy involving Rafiq.

The 47-year-old, who has been an analyst with the BBC since 2009, was dropped from a radio show https://cn.reuters.com/article/cricket-england-yor-idINL1N2RW214 by the broadcaster this month after the allegations came to light.

"Time I don't think can ever be a healer in the situation that he (Rafiq) has gone through," Vaughan added.

"But, hopefully, time can be a way of us making sure that Yorkshire County Cricket Club never goes through this situation again and never puts themselves in a position of denial that they treated a player so badly." 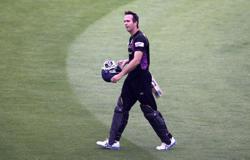