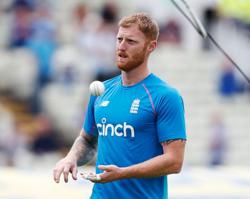 (Reuters) - England players have not talked about Ben Stokes making a potential comeback for the Ashes tour in Australia after the talismanic all-rounder returned to the nets this week, and their only concern was for his recovery, fast bowler Mark Wood said.

Stokes had taken indefinite break from cricket to focus on his mental health while also recovering from a second operation on a broken finger, and was not included in coach Chris Silverwood's squad for the Ashes.

But the 30-year-old posted a video of his return to training on Instagram https://www.instagram.com/p/CVAh4alsgj9 on Thursday, raising speculation that he could still feature in the five-test series which is due to begin in Brisbane on Dec. 8.

"Not once among any of the players has Stokesy been mentioned," Wood told reporters on Friday.

"The one thing at the forefront of everyone's minds is they just want him to be all right. No one wants to even think past that.

"We just want him to be himself and feel right and happy and stuff like that. So not once has it crossed anyone's mind about the Ashes."

Stokes is also out of England's squad for the Twenty20 World Cup in the United Arab Emirates and Oman, where they face defending champions West Indies in their opening match on Oct. 23 in Dubai. 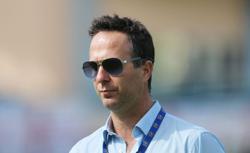