Going by the just-concluded Indian Premier League (IPL) in the United Arab Emirates, swing bowlers could struggle to get any movement on the low and slow pitches in the UAE.

Kumar has built his reputation around his ability to swing the ball, but Kohli said the 31-year-old had other tricks up his sleeve.

"His economy rate still continues to be top notch, something that he's always been known for, and his experience comes to the fore under pressure," Kohli said at a pre-tournament media session on Saturday.

"(It's) his understanding of hitting the areas according to the dimensions of field, and what balls to bowl and at what line."

"I'm sure with the new ball he'll definitely get some kind of assistance, and whatever little is there on offer, Bhuvi knows how to make the maximum use out of that. His experience is going to be priceless."

Ashwin is also back in the Twenty20 fold after a two-year gap and Kohli said it was a just reward for the bowler, who had reinvented himself in the game's shortest format.

"One thing that Ashwin has really improved on is bowling with a lot of courage in white ball cricket," Kohli said.

"If you see the IPL in the last couple of years, he's bowled the difficult overs, he's bowled against the top players in the IPL, the likes of Polly (Kieron Pollard) and other power-hitters..."

Skipper Pollard said that while six-hitting prowess was their strength, the West Indies are no one-trick pony.

"A lot of analysts keep harping on dot balls, (lack of) ones and twos," the all-rounder said.

"For us, everything is important but we still have to play to our strengths...

"We have a lot of powerful guys in our lineup, but..we also have guys who are able to manoeuvre the strike, run between the wickets.

"We're looking forward to trying to play complete games of cricket... Then the results take care of itself." 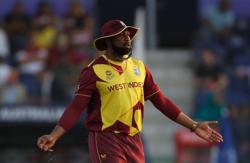 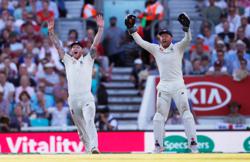