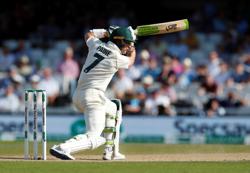 (Reuters) - Australia's Test captain Tim Paine is confident he will be ready for the start of the Ashes series against England in December following surgery to fix a bulging disc in his neck.

The 36-year-old had been suffering from severe pain down his left side caused by a pinched nerve and, on the advice of surgeons, underwent the procedure on Tuesday.

Paine said he hopes to return to full training by the end of October after a six-week recuperation period.

"The precedent has been set, guys have got back from it reasonably quickly," he told SEN radio.

"We've been talking to all those players, their physios, their surgeons to track their rehab plans and get me back as quick as we can.

"I'm pretty confident outside of that six weeks I'll be ready to go within a week. That gives me plenty of time (for the Ashes).

The first test against England at the Gabba in Brisbane is scheduled to start on Dec. 8 and will be followed by four further matches in Adelaide, Melbourne, Sydney and Perth.

"I'm pretty happy with the decision," said Paine. "After the surgeon had a look in there, he said it was a good decision to get it done."

The wicketkeeper-batsman, who took over as captain following Steve Smith's sacking in the wake of the 2018 Newlands ball-tampering scandal, said he had the operation in a bid to prolong his career beyond his Test playing days.

"I want to keep playing for Tasmania after my international career," he said.

"To have it fixed and out of the way was the correct decision long term." 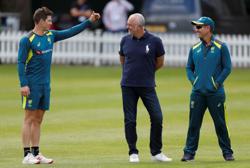 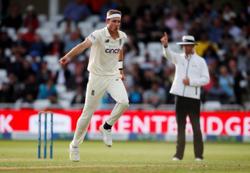