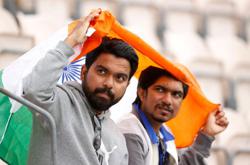 SOUTHAMPTON, England (Reuters) - Rain delayed the start of play on the fourth day of the inaugural World Test Championship (WTC) in Southampton on Monday.

Only 141.1 overs have been bowled in the match so far, with rain washing out the entire opening day's play on Friday and interrupting play over the weekend.

"Rain has delayed the start of day four of the #WTC21 Final in Southampton," the governing International Cricket Council said in a tweet on Monday.

New Zealand will resume on 101-2, having bowled out India for 217 to take the upper hand.

Captain Kane Williamson, batting on 12, and Ross Taylor, who is yet to score, will be looking to push for a significant first-innings lead when play starts.

The weather-hit match in southern England has a reserve day to make up for lost time. 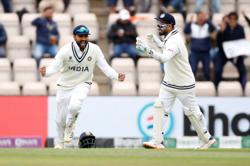