(Reuters) - New Zealand skipper Kane Williamson was the recipient of the Sir Richard Hadlee medal as player of the year for the fourth time in six years at the country's 2020-21 cricket awards on Tuesday.

Williamson, the number one test batsman, also bagged the International Test Player of the Year award as he led from the front with New Zealand winning 17 of 20 matches across all formats played over their summer, winning all seven series.

His heroics helped New Zealand qualify for the World Test Championship final where they will take on number one ranked India in June in Southampton.

"Going into the test summer, there was that Championship final carrot and there was a real drive there for the guys," Williamson told fast bowling great Hadlee over the phone.

"To spend some time at the crease personally and make contributions towards that... certainly proud as a leader and a player in this side that we were able to achieve some of those things and we're looking forward to that final."

Amelia Kerr won the women's Twenty20 Player of the Year for her performances in wins over Australia as well as the Super Smash Player of the Year where she averaged 51 with the bat and picked up 14 wickets in the domestic T20 competition. 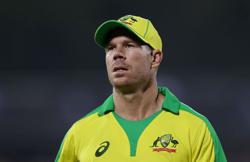