A great run for our young master batsman

Record-setter: Virandeep Singh has been playing for Malaysia since he was 15.

PETALING JAYA: When Virandeep Singh captained Malaysia against Vanuatu in a T20 cricket match on Sept 29 last year, little did he know that he would become the youngest T20 captain in the world.

The vice-captain of the national cricket team was 20 years and 194 days at the time, and according to leading cricket statistics site, ESPN CricInfo, he beat Botswana’s Tshepo Phaswana, who captained his country against Namibia at the age of 20 years and 224 days.

Virandeep only knew about his feat five months after the match.

While it made him proud, he was disappointed that he could not lead his side to a victory as they lost to the Pacific nation by 17 runs at the Kinrara Oval in Puchong.

Still, that experience was a special one for him, and he is hopeful of leading the country to successes in the future if he becomes the full-time captain of the team.

“It was exceptional, to be honest. I did not know I had broken the record by being the youngest ever T20 captain. I only learnt about it five months later when I was scrolling through Twitter and came across an article, ” said the 21-year-old, who is the team’s batsman and wicketkeeper.

“I had captained the Malaysia U19 team for four years, and I was captaining my state Kuala Lumpur as well so it was not too difficult to adjust. We have a strong bond among the players, so that helped also.

“I started playing cricket as a seven-year-old at my school, following in my brother’s footsteps. We had to choose a sport for co-curriculum, and my dad has played a little bit of cricket during his school time, so he suggested we take up the sport.”That decision proved to be the best one for him as Virandeep played for the Malaysia Under-16 side at the age of 13, the Malaysian Under-18 team at the age of 14 and made his senior national debut on Jan 25,2015, at the age of 15 years and 308 days, becoming the youngest ever player to represent Malaysia in cricket.

“Ever since I was a kid, I always wanted to play a significant role in any team that I played for. I always wanted the limelight, and I knew that the only way for that to happen is if l let my performances do the talking.

“And I am always looking for opportunities to grow as a person and a cricketer.

Virandeep, whose brother Pavandeep is the leading spinner for the national team, strongly believes the nation has lots of cricketing talent but sadly, cricket is not a major sport in Malaysia.

“It is a fact that we are not exposed to a cricket background. We have achieved success in bits and pieces. We moved from International Cricket Council (ICC) Division Five to Division Three in a year and a half.

“We were ranked 23rd for an extended period, but due to a slump of form, we are currently ranked 27th in the world in the 50 overs format. On the other hand, we are ranked 32nd place in the T20 rankings.

“The year 2020 has been extremely successful for T20. We have played nine T20s matches and won seven, which includes a series of whitewashes against the 20th ranked Hong Kong (5-0). We also beat the 12th ranked Nepal in the recently concluded ACC Asia Cup qualifiers.”

The young Virandeep has lofty ambitions, and one of them is to lead the country to a World Cup in either the One Day International (ODI) or T20 format.

“I would like to lead Malaysia to the World Cup as soon as possible. That’s the dream of all Malaysian cricket fans, our families and every player in the setup.

“Besides that, I would like to be part of a major league like the Indian Premier League (IPL), Big Bash or Natwest T20 blast in the next two to three years.” 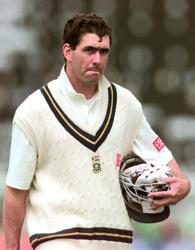 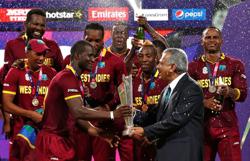