Villa should see off Magpies 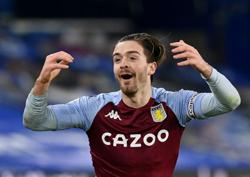 Newcastle will want to keep an eye on Grealish. — AP

Today they take on Newcastle in the only Premier League fixture scheduled for this weekend and one gets the feeling that they will use this match at Villa Park Stadium to vent their frustrations.

Villa made a good start to the new season before petering out somewhat. But they bounced back with some conviction, as clearly shown in the City game, in which they will rightly feel hard done by.

Against Newcastle, skipper and talisman Jack Grealish will be spurring his side on, more so as manager Dean Sith was red-carded on Wednesday and banished to the stands, from where he will watch this match as well.

There is little doubt that the “big clubs” of European football and a couple from within England will make a move for Grealish at the end of this season. This lad is that good.

He is the heartbeat of Aston Villa and almost everything that goes on in this side, revolves around him. And above all, Grealish seems to thrive on it. He has often single-handedly carried Villa and Newcastle may well find this out first-hand today.

A win would lift Villa into the top-half of the league table, given that they are 11th on 22 points. They do have three games in hand over leaders Manchester United and two in hand over Newcastle, who are 15th with 19 points.

The form book points to a comfortable victory for the hosts and there is little to suggest that it will not pan out like that.

The Magpies have not won in eight matches across all competitions. And to put things in perspective, they have not scored a goal in six of those games.

Coming against Villa, Newcastle may see themselves as in with a chance to salvage some pride. But it is highly unlikely. Perhaps the best they can do is leave with a point.

Callum Wilson is Newcastle’s lead striker and in his 16 games so far this season, he has scored eight. If he can get among the goals again today, the Magpies may have a chance.

Failing that, they may well find themselves with an uphill task again — maybe with Villa taking their frustrations out on them. 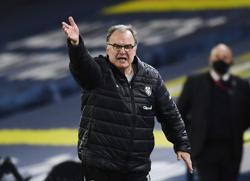