Thumbs up to regional tourney

THE Boys Doubles Under-21 final at this year’s Daikin International Badminton Championship was a fitting end as it drew to a close after four days of competition.

battled in the decider against brothers Muhamad Amar Sani and Muhamad Amir Sani.

Both pairs looked on the mark to pick up the title but it was Amar and Amir who clinched the first set 21-12 after a steady performance in the first set which saw them taking advantage of their opponents’ mistakes.

Their opponents Helmi and Nuraidil were, however, determined to put up a fight and upped the tempo in the second set to make a comeback as they won the set 21-12 with little resistance from the brothers.

The third set saw both sides in high gear, with each player markedly more focused than the previous sets. However, the brothers approached the game with more composure and outplayed their opponents who made a series of unforced errors in the early stages.

Helmie and Nuraidil were able to pull back just before the 11-point break and it was a point for point exchange after that leading up to the end.

The brothers dug deep and held on until 18-18 before edging their opponents by three more points to win the decider 21-18.

Since its inception in 2016, the annual championship has been an attraction to world-class talents from around the region.

This year’s competition saw no fewer than 1,500 participants from the age of eight to 21 from China, India, Indonesia, Taiwan, Egypt, Singapore and Malaysia compete in 27 categories.

At the closing ceremony, the attention shifted to the tournament sponsor and organiser Daikin Malaysia and Pioneer Sports Management respectively, where they presented a total of RM15,000 to three children’s homes — Rumah Perlindungan Safiyyah, Lighthouse Children Welfare Home Association and Hiichiikok Home for Children Care.

Daikin Malaysia Sales and Service Sdn Bhd general manager Lawrence Song said the tournament was about providing a platform for the younger generation to compete at the highest level while searching for the next great Malaysian badminton player.

“While mainly focusing on the development of the younger generation through sports, Daikin Malaysia along with the organising committee decided that contribution towards children’s homes was the right choice.

“We hope that this contribution for the three homes can bring about a sporting culture within them and also highlight the importance of living a healthy lifestyle through sporting activities, ” he added.

Pioneer Sports Management co-founder Chan Chong Ming said the fourth edition of the tournament was fully registered with participants in only 20 days.

“We had to limit participation because of how popular it has become, otherwise we would not be able to cope with the number of players, ” the former world number one doubles player said.

This year’s edition also saw a total cash prize of RM60,000 up for grabs and the addition of a new category where parent-and-child teamed up for a less competitive match. 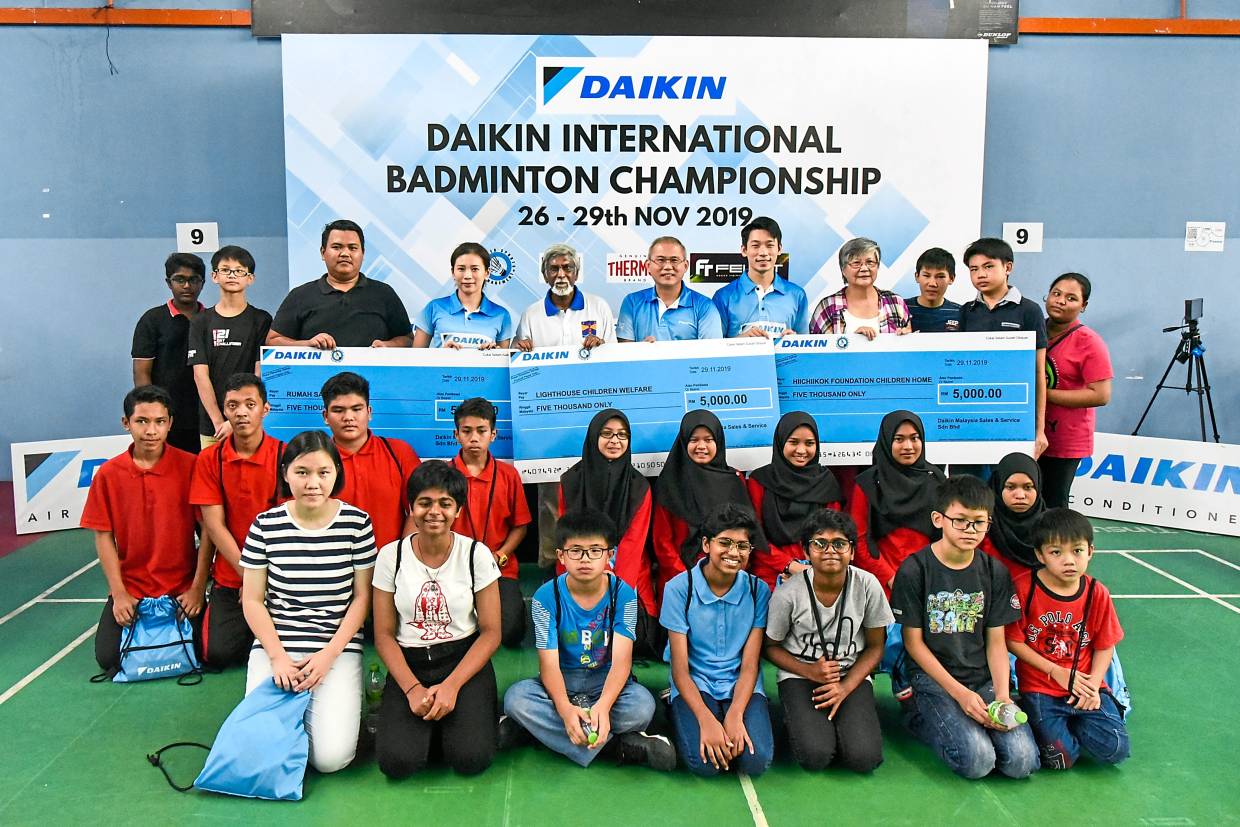 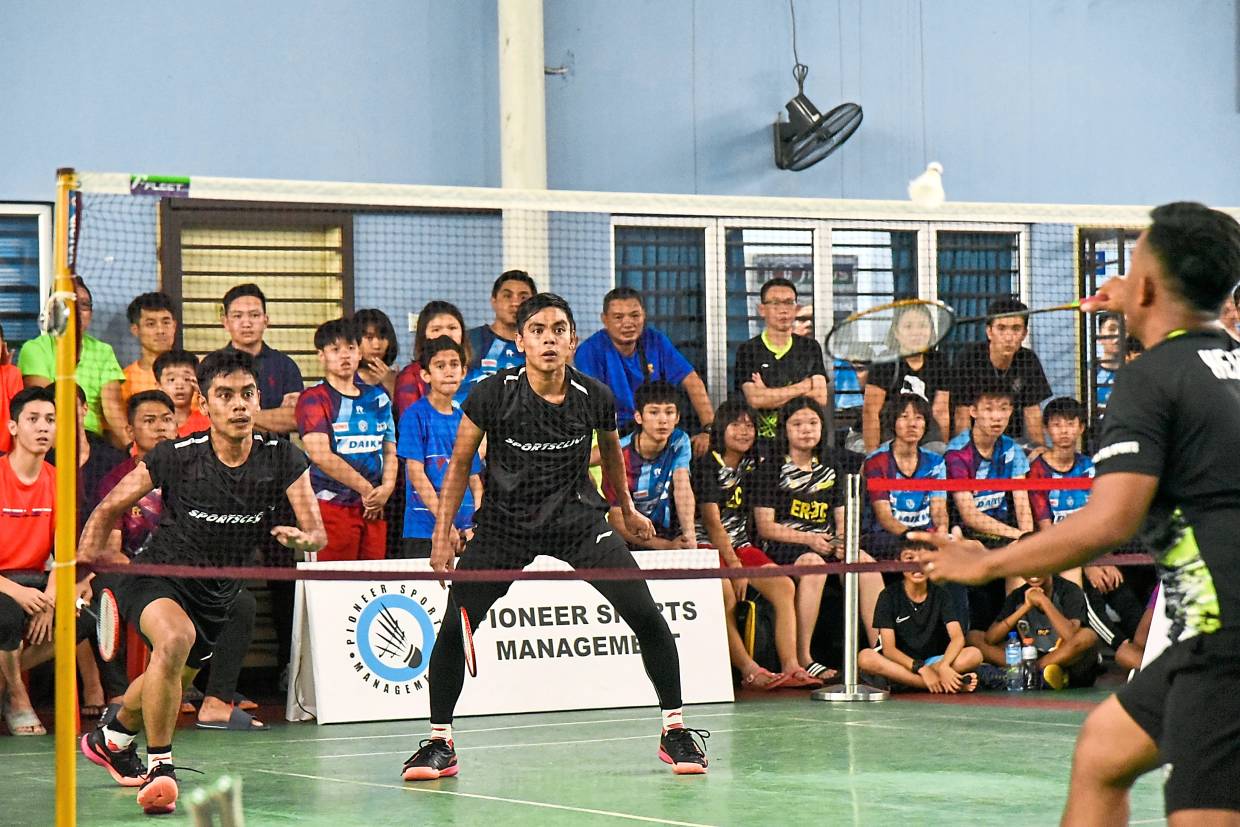 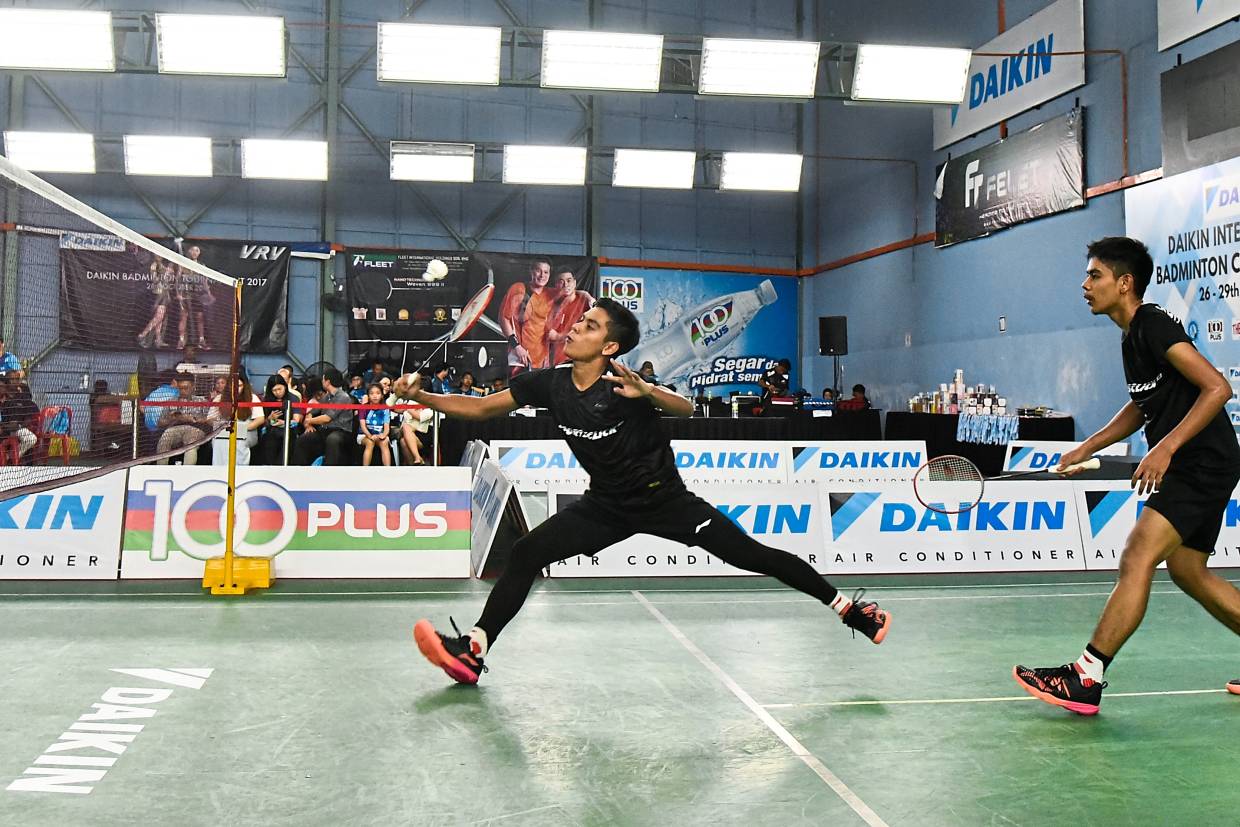 Amir returning a shot with his brother Amar on guard in the Boys Under-21 doubles final match.