Fans in Sepang and PJ not left out

THE Sultan of Selangor’s Cup (TSSC) promotional tour has seen over 30,000 tickets sold.

“These tickets will be allocated to our councillors in different zones and also through other organisations to make it more accessible for the people,” said Mohd Fauzi. 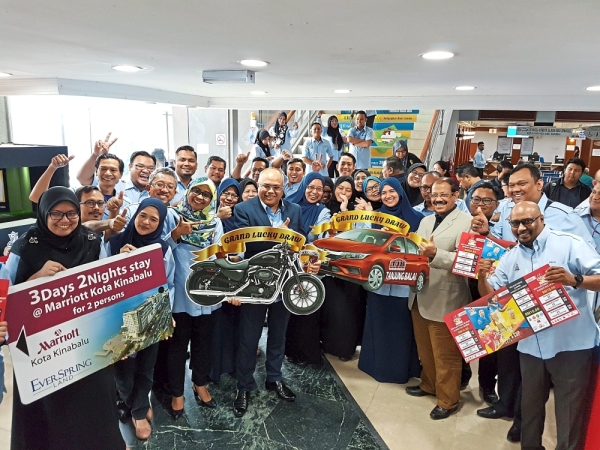 “The football community in Sepang is massive and I believe that this giveaway will spur them to go to the stadium.”

Mohd Sayuthi said MBPJ staff who are football fans had always shown strong support for the annual tie and the tickets will be distributed to them as well as the public.

“I expect almost 1,000 of our staff and their families to be at the stands at Shah Alam Stadium to support our players on Aug 24,” he said.

It was a nostalgic visit for Abd Karim, who recalled how Petaling Jaya Municipal Council, back then called the MPPJ FC “Black Widows”, created history after becoming the only club team to win the Malaysia Cup under his tenure.

Abd Karim, who is also team manager for the Selangor Selection, is delighted that Sepang is part of this year’s promotional tour.

“Thanks to MPSepang for allowing us to continue our promotional tour. We are pleased to allocate some of our tickets here as this will give the community a better chance to catch the action at Shah Alam on Aug 24.

“Over the years, we have managed to have a full house and this year should be no different,” Abd Karim said.

“Ticket sales have been encouraging this year and I believe it is because of the day-long programme as well as the attractive lucky draw prizes.”

He added that this year’s tournament would also have several other attractions that are sure to be crowd-pullers, including an appearance by singer Jamal Abdillah, a fireworks display, along with the opening gimmick which will remain a surprise.

The promotional tour will continue in Shah Alam Convention Centre (SACC) mall today with a meet-and-greet with the Selangor Selection and Veteran players at the foyer at 3pm.

The organisers will announce a special promotion for ticket sales valid only for today and display the grand lucky draw prizes – a Honda City and Harley Davidson 833 Iron.

Additionally, there will also be TSSC jerseys to be won through a quiz.