No sweat for fitness buffs

PUTRAJAYA Challenge park manager Mohd Bazly Mohammad Najib maintains an active lifestyle during the fasting month because he, in his own words: “simply cannot keep still.”

An avid skateboarder, Bazly continues to zip around the slopes to de-stress after a day’s work.

“Some people have asked if I have ever felt faint while skateboarding during the fasting month. No, it has never happened to me.

“Instead, I can focus better,” he said.

One of his charges, police lance-corporal Zmarul Al Adam Pulutan Abdullah, clinched a bronze medal at the 16th Southeast Asian Bodybuilding and Physique Championship in Yangon, Myanmar, though the contest was held in the middle of Ramadan.

“There are no rest days when it comes to bodybuilding. If you stop, muscle quality decreases, fat content increases and your physique is affected,” said Othman. 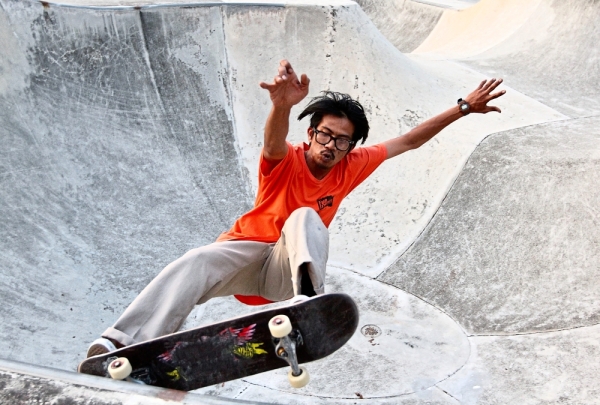 Bazly continues to zip around the slopes to de-stress after a day’s work during fasting month.

On coping with thirst, he said bodybuilders might go for 24 hours without water before going on stage. But fasting only requires one to abstain from food and liquids for 14 hours.

To prevent fatigue, he prescribes only light workouts during the day. Heavy training should only take place after buka puasa.

It’s not only sportsmen who are sticking to fitness routines. Malaysian Ultra Runners Association committee member Mohd Fadzil Khalid, for example, continues to run an hour at night, four times a week during the fasting month.

Fadzil, who works for a shipping company, considers himself living proof that exercise is beneficial to health.

Five years ago, he was admitted in hospital when high blood pressure caused him to suffer a minor stroke. Determined to regain his health, he took up running. After shedding 40kg and getting his blood pressure back to normal, Fadzil says he is not going to let anything stop him from running.

The Putrajaya Canoe Association team holds firm to not giving up even on days when lethargy gets the best of them.

The paddlers have committed to a six-day training session during the fasting month.

One member who confessed to missing a session after he overslept, said he just continued training the next day.

Motivation coach Adam Aris said, “Persevere. It will carry you far in life.” 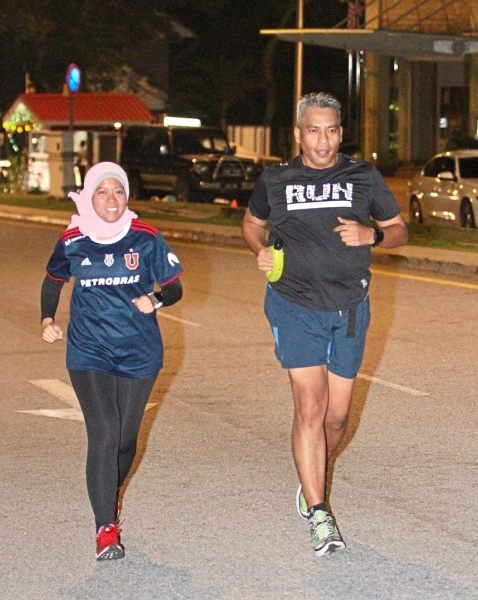 However, Assoc Prof Nahar advises against high-intensity workouts under the hot sun, to prevent dehydration that can lead to heat stroke.

During the day, exercise should be done under the shade or indoors and one should not breathe through the mouth, he advised.

He also said that to maintain fluid levels, exercise buffs must drink enough after breaking fast and they must not miss sahur.

“Have lots of fruits and refrain from sugary foods. Ideally, consume food that have a slow release of carbohydrates like oats and brown rice for energy sustenance throughout the day,” he added.

For those who have never exercised before, it is recommended that one starts slow.

“Walk in a mall. As long as you move at whatever pace, your body will adapt,” said Assoc Prof Nahar.

He warned against a sedentary lifestyle which has been attributed as the cause of cardiovascular diseases.