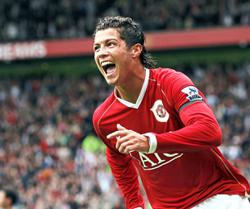 THE inaugural Nancy’s Cup came down to a thrilling finish after a drawn out battle between good friends Norhisame Wahab and Mohd Nasir Jantan went down to the wire.

Despite being friends, both seasoned darters were all out to win in the final bid for national ranking points, prize money and challenge trophy in the decider which lasted 13 legs and in to the fifth set.

Norhisame, a Klang Municipal Council employee and better known as Atan to those in the darting community, lived up to his nickname by raining down four tons (100 points) in the deciding leg.

Fireman Mohd Nasir played equally well, producing a ton-eighty and was neck and neck with Norhisame for most of the match at The Grand Stand in Petaling Jaya.

But Nohisame’s performance in the final leg gave him just enough breathing room to get away with mistakes and set himself up for a 32 checkout before finishing with a seven, nine and double-eight.

The duo took home RM3,000 and RM1,200 respectively, ahead of Meena Sundram with RM600 in third- and fourth-placed Colin Thambu Anthony Xavier with RM300.

The national ranked event saw 20 top players meet at what was dubbed a one-day Champion vs Champion invitational event which was played in group stages and designed to test the endurance of players with its six legs matches, race to seven and race to nine formats in one day. Norhisame shooting for the board during the final match.

“The tournament was quite tiring since it was the first time an endurance format was held, but Nasir played well throughout,” said Norhisame.

“I had trouble in the final as I was losing focus and not scoring heavily enough, but that is part of the game and part of the effects of pressure being in a final against a good player like Nasir.

“Winning this tournament is an honour and comes at a good time as it is back to school time and the prize money will come in handy,” he added.

It was organised by the Malaysian Darts Association (MDA) and Foco Darts Malaysia (Pat’s Sports Accessories and Equipment) to honour the association’s president Nancy Ambrose.

Nancy, a former national darter who has helmed the association since 2012 and helped to revitalise the sport in the country, said she was not expecting anything from doing her job and was surprised when she was told there would be a cup named in her honour.

“I just want to bring darts to a certain level,” she said.

“I only knew about this one week before the tournament and the organising committee kept this away from me until they had to tell me about it.

“We owe this event to our honorary secretary C. Pathmanathan who is the owner of Pat’s Sports Accessories and Equipment for taking the initiative to organise this competition and look for a champion.

“This is a special event that will help us search for not just the best players, but also those who have the best stamina in competition and mental strength which is an important trait to have for any darts player.

“It would be interesting to see if any player is able to win the challenge trophy for three years in a row and retain the trophy,” she added.

A notable absence from the invitational tournament were players below the age of 30, with the youngest participant being Jonathan Yip, 35, who picked up the sport three years ago.

Jonathan said he was happy with his performance as a whole for the ranking tournament despite making it only to the second round and earning his first ranking points.

“It wasn’t great as I was erratic and nervous, but it has put me in good stead. I was happy to be able to get past the round robin stages and in to the main event.

“Having to go up against the seasoned players with 10, 20 and 30 years under their belt, I gained a lot of experience and I wish that we had more events like this so more players, especially new players, can improve their game. 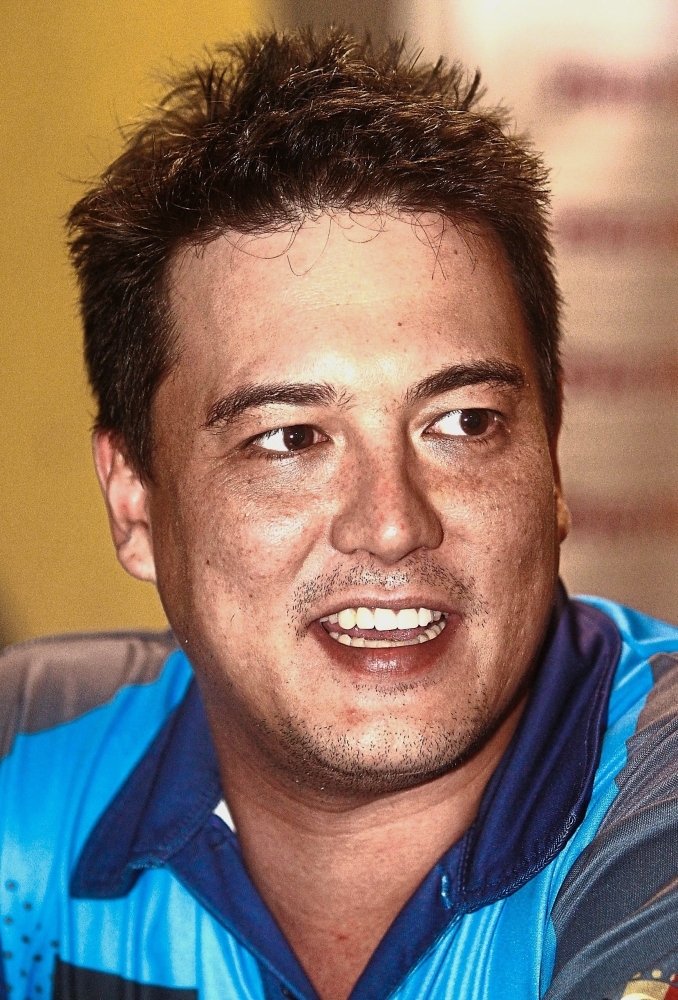 Jonathan is the tournament’s youngest participant who gained a lot of experience against seasoned players.

He added that there were not enough match practice available in Malaysia for younger players compared to countries like the Philippines and Vietnam which embrace the sport and have multiple quality tournaments throughout the year.

“We need to have that in Malaysia. Kudos to the organisers for adding an extra event to the Malaysian darts calendar with exceptional players in the fold.

“In Britain, most people are able to play darts but don’t take it seriously. But here in Malaysia, almost everyone who plays darts takes it seriously.

“This gives a huge pool of enthusiastic and keen darters who want to push on but don’t have much tournaments to play at the moment, and that is a problem,” he said.

Pathmanathan said the 2019 edition would likely see more young players in the fold for Nancy’s Cup and in other tournaments as well, but work needs to be done for the future of darts for that to happen.

“This cup is an annual event and has been a long time coming for somebody who has contributed so much for the sport.

“Nancy has been an invaluable asset and has laid a solid foundation which will make things easier for us to move darts into the future.

“But it is not easy for us to attract very young players compared with other darting countries around the region as they have dart schools and academies.

“We are looking at ways to build up a pool of younger players and for the Asia Cup; we hope to send a junior team with players under the age of 23, and will be calling for selections after our own ranking tournaments.” 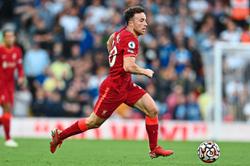 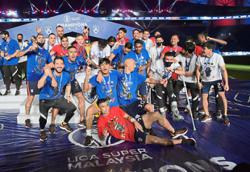