The inaugural tournament for Under-8, Under-10 and Under-12 was held at Sime Darby Football Club’s (SDFC) training ground in Bukit Jelutong, Shah Alam.

Fifty-four teams from across the country as well as three teams from Indonesia participated in the tournament.

Dr Wan Zahid said the tournament was in line with their initiative to help develop talents from the grassroots level. 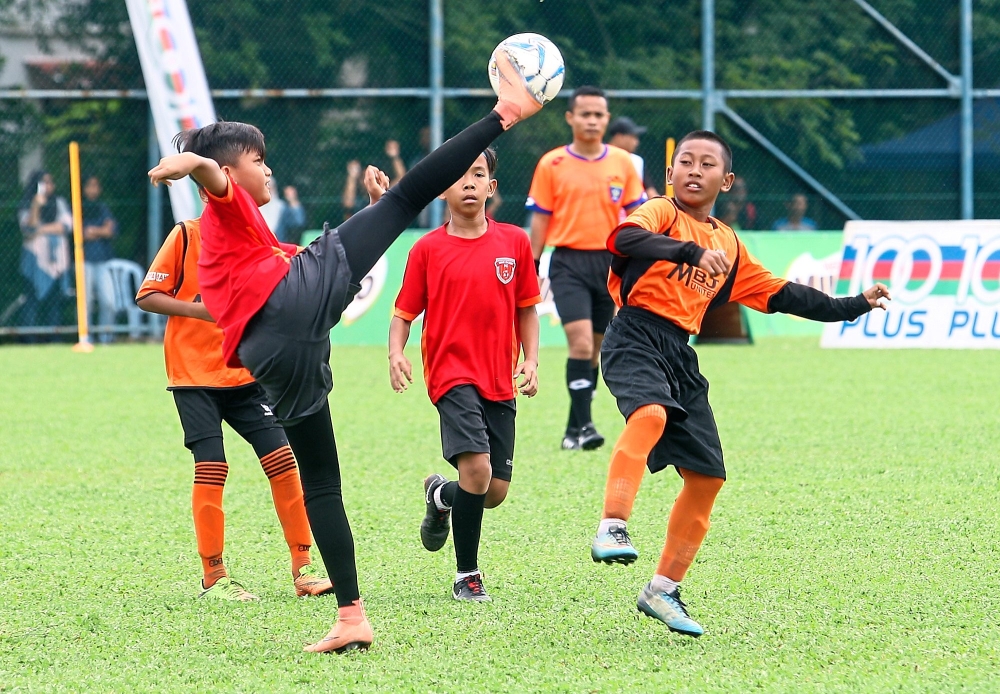 An SDFC player attempts to win the ball in mid air against his opponent from MBJ United.— Photos: FAIHAN GHANI/ The Star

“The tournament is a great platform for young players to improve their skills by competing with other teams, not just from Malaysia but from the South-East Asian region as well.

“We aim to support the development of our young football players through a competitive and motivating environment, which I hope will contribute to our nation’s local football talent pool,” he said.

The foundation committed RM1.2mil towards the football development programme, which was managed by SDFC, from January 2018 until December next year.

Dr Wan Zahid said currently 156 children aged between eight and 12 were registered for the programme since February.

“I hope next year we can also focus on honing football talents in the Under-15 category.

“Most of the children are now mainly from Bukit Jelutong but we are planning to expand the programme to Denai Alam, Elmina, Bukit Raja, Taman Tun Dr Ismail Jaya and Subang Jaya.

“We target to train at least 200 children by the end of the programme,” added Wan Zahid. 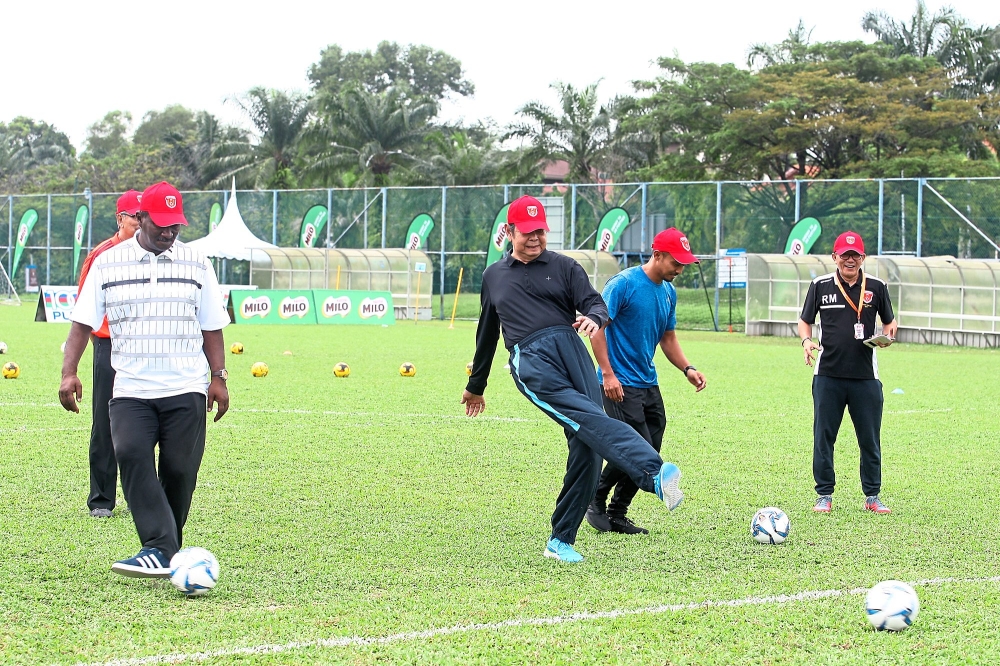 Dr Wan Mohd Zahid (black T-shirt) kicking a ball to mark the launch of the football tournament. With him is Zainal (left).

“We started the development programme earlier this year with the focus of providing the platform and opportunity for junior footballers to experience the thrill and excitement of playing football competitively.

“Our team managed to qualify to the quarter finals of the competition and it shows how committed, talented and dedicated these junior footballers are,” he said.