Ikmal (second from right) and Emran (right) greeting some of the players.

THE 31st edition of the Raja Muda Selangor Cup Football Championship was held at SK Seksyen 24 to uncover new Under-12 football future talents in Selangor.

“The main goal of the tournament is to scout for young talents at the grass-roots level and groom them to attain better football skills.

“Potential players will be identified and recruited by sports school in Selangor to undergo proper training and guidance accordingly,” he said.

The 32 teams are divided into eight groups through a balloting process. 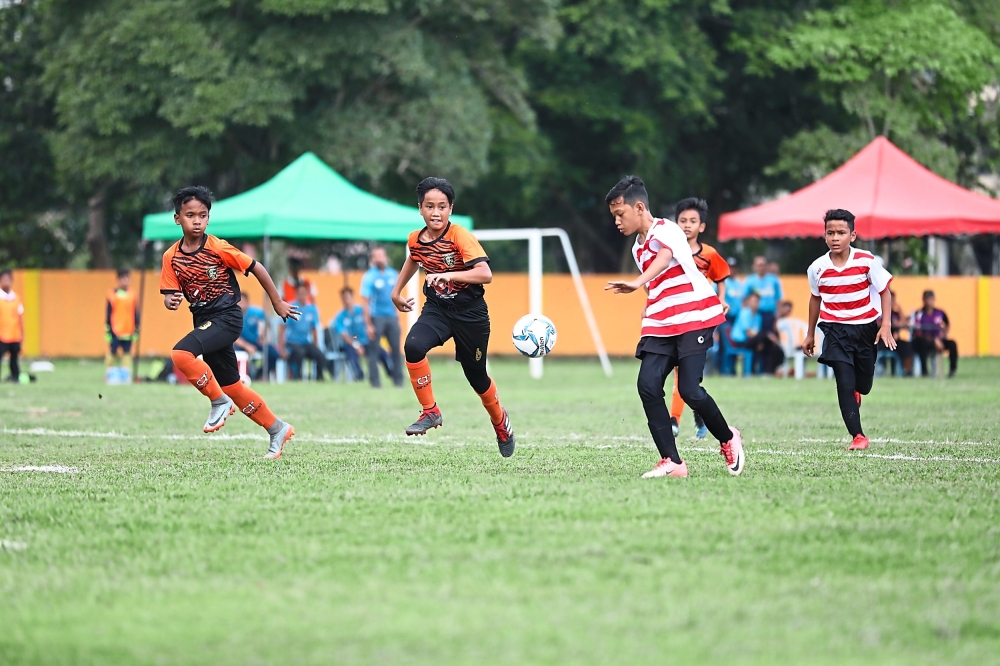 The matches will take place in a league format where the top two teams from each group will qualify for the second round, for the quarter-finals, semi-finals and finals.

The final match will be held on Nov 15.

It is also aimed at providing a football development platform where talented young players are given the opportunity to be part of the junior and youth squad in Selangor.

The champion of the Raja Muda Selangor Cup will receive a cash prize of RM4,000, a trophy, medal and certificate, while the runner-up will be given RM3,000, and the third and fourth placing, RM2,000 and RM1,000 respectively, with medals and certificates.

In addition, eight teams that qualify for the quarter-finals will receive a jersey sponsored by Selangor Perangsang. 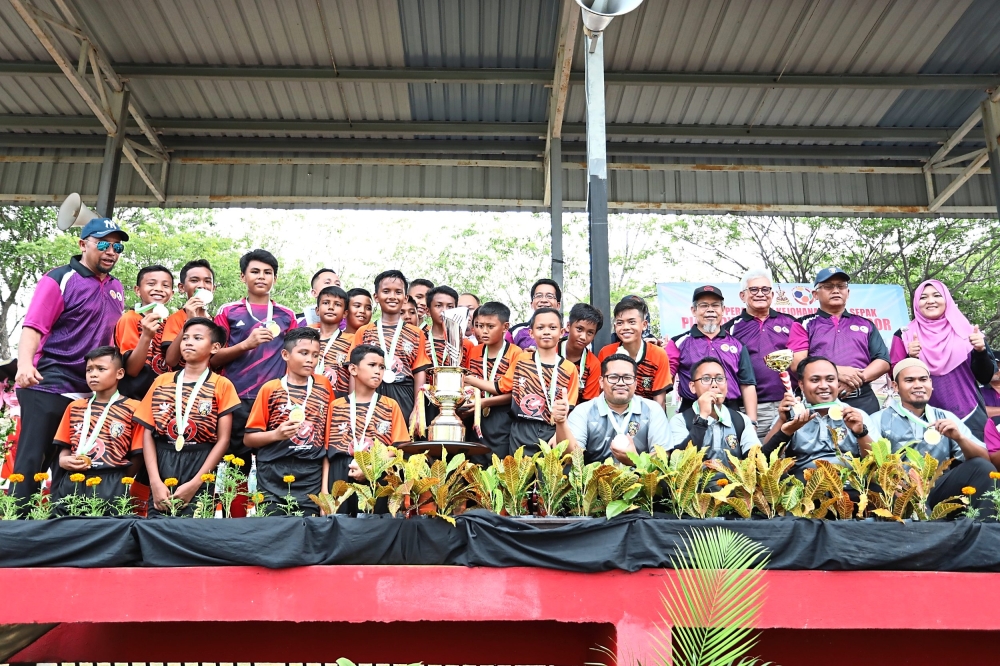 Players and coaches of SK Sekysen 24 posing for a group photo with their trophies and medals.

The only goal of the game was scored by Muhammad Muhaimin Ahmad Khairi in the 32nd minute of the second half.