The SOS athletes showed dedication and determination like any other professional athlete.

Held at the U-bowl Bowling Centre in 1 Utama Shopping Centre in Petaling Jaya, all nine districts in Selangor were represented in the tournament, which included a number of community-based rehabilitation centres as well as teams from the National Autism Society of Malaysia. Unified bowling tournaments help to foster interaction between people with and without intellectual disabilities by being on the same team.

The athletes were cheered on by their parents and caretakers as they took to the lanes, celebrating each pin fall joyfully and shrugging off every missed opportunity.

One of the sponsors and unified teammates Alvin Neo was bowled over by his teammates’ performance and acceptance of his role in the team.

“After three games with them, I can say my teammates contributed a lot and they were very good.

“I was surprised by their focus during the games. They had their basic techniques nailed down, and were also committed and enthusiastic throughout the tournament.

“At first, I was nervous if they would accept me as their teammate, but I was able to fit right in and it turned out to be a fun experience for me,” he said.

Before the tournament began, the athletes each took the Special Olympics oath: “Let me win. But if I cannot win, let me be brave in the attempt.” They were all awarded medals regardless of their performance for successfully participating and completing the tournament despite the challenges they faced.

Deputy Women, Family and Community Development Minister Hannah Yeoh, who officiated at the tournament with a roll-off, received a warm welcome from the athletes when she arrived in the morning.

She lauded the parents, guardians and caretakers for their commitment and devotion to care for those with special needs in her opening address.

“I’m pleased to see the efforts and achievements made by the SOS since starting in 2001, and these sporting activities can help children to be more confident with themselves and assimilate into society more easily,” Yeoh said, urging the corporate sector to look at sponsoring movements and organisations like SOS. “Through the Disability Action Plan 2016-2022, the government aims to improve access for persons with disabilities to be able to participate in sports, recreation and cultural activities,” she said.

“One challenge is that some parents still resist registering their children with the Welfare Department because they don’t want them to be labelled,” Yeoh said.

SOS president Patricia Wong said Special Olympics’ “Unified” Sports was a fast-growing initiative that brings people with and without intellectual disabilities together.

“Team sports bring people together,” she said, adding that unified sports can help to break down stereotypes of people with intellectual disabilities in a fun way.

“We at SOS strive to support the growth and expansion of this programme that empowers individuals with and without intellectual disabilities to engage in the power of sports and promote social inclusion through shared training and competition experiences.

“This is inspired by a simple principle that training and playing together breeds friendship and understanding,” Wong concluded. 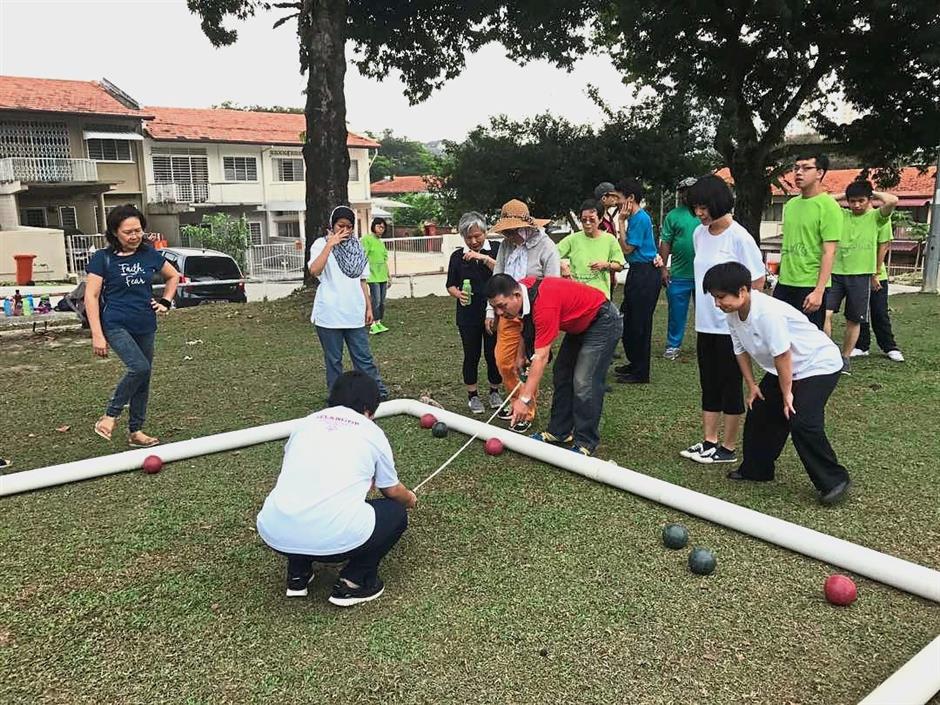 Unified bocce was one of the events held in conjunction with this year’s Eunice Kennedy Shriver Day.