Feeling the power of running in Bagan Dalam

MORE than 2,000 runners tackled the Bagan Dalam Power Run which was flagged off in Jalan Kampung Jawa, Butterworth in Penang.

There were also 4km categories for boys and girls, and a fun run which was open to all including foreigners.

The first five runners took home cash prizes of between RM50 and RM300, and also a trophy each.

Those who completed their run received a finisher’s medal and a certificate, and qualified for a lucky draw. 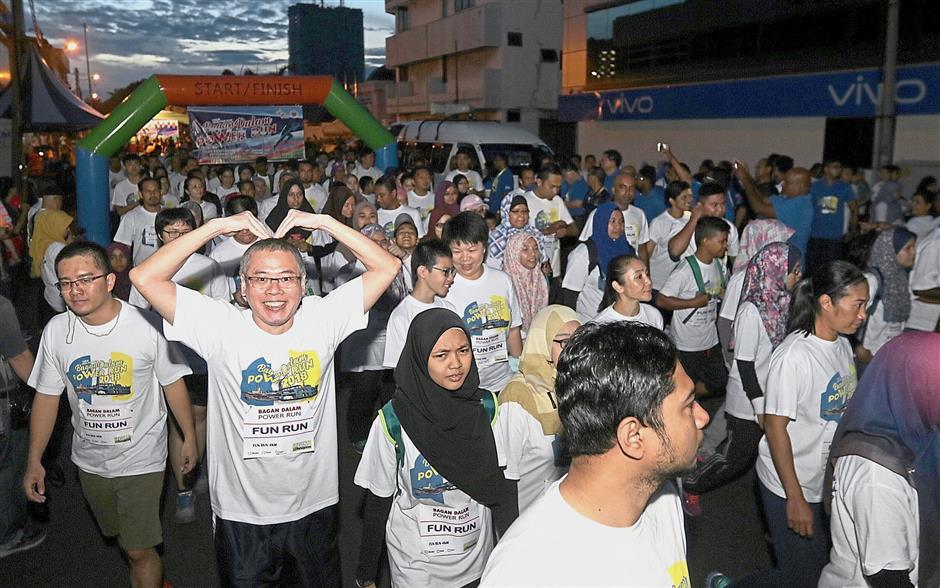 The event was organised by the Malaysian Indian Sports and Cultural Foundation (MISCF) with the support of the Youth and Sports Ministry and the National Unity and Integration Department.

MIC vice-president Senator Datuk T. Mohan, who flagged off the run as MISCF president, said the event was the second organised by the MISCF,

The first was held in Putrajaya on Nov 5 and it attracted about 3,000 runners.

MIC central working committee member J. Dhinagaran, who is also the MISCF deputy president and event organising chairman, said the latest run proved to be popular with the public.

He added that more such events would be organised. 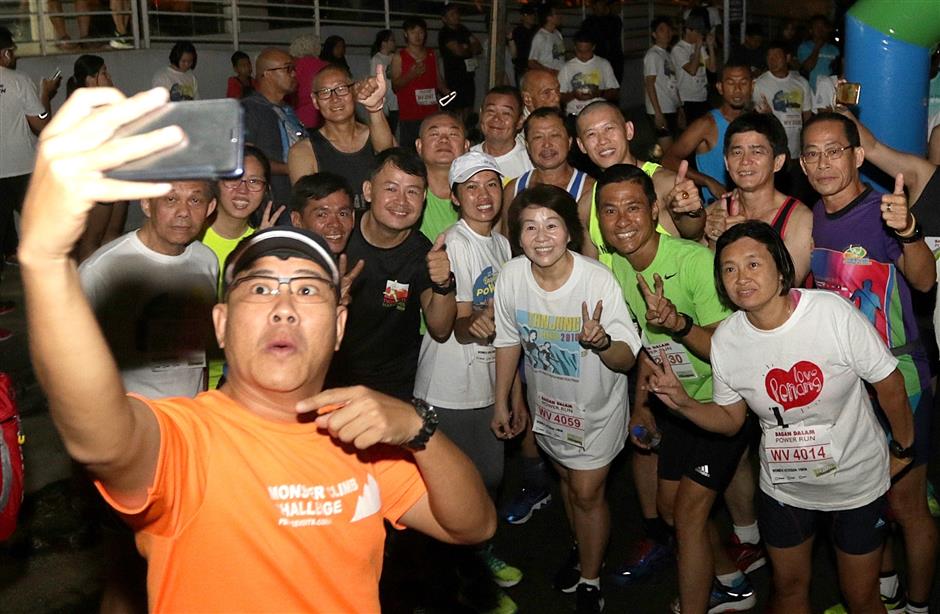 Participants posing for a wefie before the start of the race.

“Running is convenient and cheap as you just need a pair of good shoes and fair weather,” said Dr Tan.

Tan Yu Hoong, 16, who won the boys’ 4km run, said he was now inspired to take part in more such events this year.

K. Chandran, 21, the men’s open category champion, said he runs whenever he has the time. He attributed his win to the fine weather.