The Dallas Mavericks star came close to breaking the Olympics men's single-game scoring record with 48 points as the Slovenians crushed Argentina 118-100 in their Olympics debut after leading by as much as 30 points.

Rather than voice anger at the result, Hernandez spoke glowingly about Doncic for more than two minutes at a post-game news conference, calling it an honour to be at the same game as the former NBA Rookie of the Year.

"It's really hard to analyse a game when one player just dominates everything as we saw tonight with Luka Doncic," Hernandez said through an interpreter.

"He quickly figured out what our strategy was ... and he just destroyed us. We're talking about 15 points that he made in the first two-and-a-half, three minutes of the game."

Doncic finished the game on 18 for 29 shooting, including six three-pointers, and stuffed the stat sheet with 11 rebounds, five assists and three blocks.

"He is the best player in the world, including the NBA. If there was any doubt in my mind, there isn't anymore," Hernandez said. "It's an honour to be there at the game with him and despite that we wanted to win, he is a great player."

Doncic could have challenged the 55-point record set by Brazil's Oscar Schmidt in 1988, but was fine with sitting out the last few minutes of the game with victory assured.

"It doesn't matter. It was what, three, four minutes. We won the game at that time," Doncic said. "I don't care about records. We got a win, and that's what we came here for."

"I wasn’t trying to get him back in the game. To be honest I didn't think about his points, even though he was amazing," Sekulic said.

"This shows the character he has, that he came here to do something for Slovenia, not for himself, and he showed this to all the team and he is a great example for that." 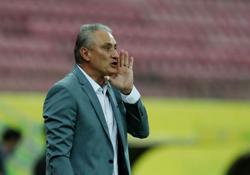