Justin out to make full use of rare opportunity 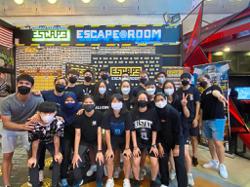 PETALING JAYA: Men’s singles shuttler Justin Hoh is thrilled after he was given a one-week training stint with the senior squad.

Justin, who is training under Datuk Misbun Sidek in the junior squad, will get to spar with the likes of Birmingham Commonwealth Games silver medallist Ng Tze Yong and Leong Jun Hao.

And Justin is determined to make full use of the rare opportunity.

“I feel excited to train in a new environment with new coaches and teammates as I can learn a lot from them.

“Datuk Misbun also wants me to gain knowledge on the senior team’s training programme and share with him later,” said Justin, who will get to train under singles coaching director Wong Choong Hann and Hendrawan.

The 18-year-old had caught the eye after capturing two senior titles – the Croatian Open and Bonn International in Germany in June – and is expected to move up to the senior ranks next year.

Justin is determined to do well in both tourneys to stand him in good stead for the World Junior Championships in Santander, Spain, from Oct 24-30.

The junior circuit had been severely impacted by Covid-19, with the meet and other tournaments returning after a two-year hiatus and thus the status of players from countries such as China and Indonesia are not known.

Justin, one of Malaysia’s best bets to capture gold, will use the tourneys in Hyderabad and Putrajaya to gauge his competitors ahead of the world meet.

“The Indian and Malaysian junior series will serve as good warm-ups. I will also get to face some of my potential competitors for the world title. I really want to do well to boost my chances of winning gold,” said Justin. 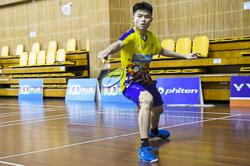