Game for a stretch: Mixed doubles pair Chan Peng Soon and Cheah Yee See getting ready for training ahead of the Malaysian Open.

Zii Jia withdrew from the Commonwealth Games to concentrate on his efforts to win the World Championships in Tokyo from Aug 21-28 but Peng Soon said the mixed team was not just about winning the point from the men’s singles.

The mixed team event will be held first and Peng Soon feels that winning gold will boost the confidence of the entire team members who will be pushing for more success in the individual events.

“No doubt it is going to be a little tougher without Zii Jia but we cannot discount the mixed team gold completely. We must try to win it as we have other four points to fight from,” said Peng Soon.

“Since it is the first event, winning gold will take the pressure away from the players and they will play even more confidently in the individual events.

“We have a good team and we need to push for the team title. More golds will definitely come after that.”

Peng Soon, who will be partnering Cheah Yee See in the mixed doubles, said even he himself is not assured of playing as independent pair Kian Meng-Pei Jing would be the first choice but the veteran is ready to play any role for the sake of the team.

India, on a high after their maiden Thomas Cup success, are the team to beat where they will have Lakshya Sen (men’s singles), Satwiksairaj Rankireddy-Chirag Shetty (men’s doubles) and women’s singles P.V. Sindhu in their line-up.

Peng Soon has also been going the extra mile in polishing up his combination with Yee See again as they have been paired up after a lapse of five years.

The duo will be playing in only their third tournament at the Malaysian Open.

“It is my responsibility to guide Yee See as she lacks experience playing in major tournaments,” said Peng Soon.

“We have played in Indonesia and we get to play in the home tournaments where Yee See will get more opportunities to play against the top pairs. It will be a good preparation before the Commonwealth Games.” 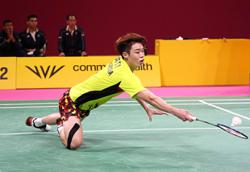 Tze Yong shocks Srikanth again, faces Lakshya in gold-medal match
Chance for 1-2 finish if Chan-Tan upset Indians Satwiksairaj-Chirag in semis
A chance that will mean the World to rising star Tze Yong
Doubles ace Kian Meng may end up with three medals
Choong Hann proud of Jin Wei’s show despite her exit
Siti on brink of capturing Under-16 title
Tze Yong dumps world champ Kean Yew for rematch against Srikanth
Tze Yong invited to participate in World Championships in Tokyo
Will good show earn Jin Wei a recall and will she be keen?
Liek Hou bags sixth gold in Para Games without Rashid