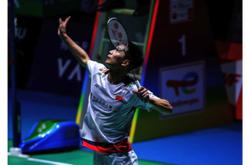 PETALING JAYA: World No. 5 Lee Zii Jia may have a tough time to hold on to his unbeaten run in the Indonesian Open if a tough draw is of any indication.

He has been drawn to play Sitthikom Thammasin of Thailand in the first round. If he clears it, he will face the winner of an all-Indian battle between P. Kashyap and Sameer Verma.

If he goes through, he may meet Kean Yew or Antonsen in the last eight. His main challenge could probably be in the semis where he is expected to cross paths with top seed Viktor Axelsen.

Zii Jia has never won the Indonesian Open. In fact, the last Malaysia to win it is Datuk Lee Chong Wei in 2016.

On paper, the Malaysian looks to be on a roll and has overcome all the challenges thrown at him in his past three outings – the Asian Championships in Manila, Thomas Cup Finals and Thailand Open in Bangkok.

In fact, after the win in Thailand, he moved up one rung to fifth in the world, which is his career’s best position.

Veteran Daren has been enjoying a renaissance in form lately and broke into the top 30 for the first time in two years when he moved up to the 28th spot after reaching the semi-finals of the Thailand Open.

On current form, he should get past the opening round against Hong Kong’s 17th ranked Lee Cheuk Yiu but faces a tough task against either Thailand’s Hanoi SEA Games champion Kunlavut Vitidsarn or Taiwan’s world No. 4 Chou Tien-chen next.

The other men’s singles stars, who will be vying for the crown, are Indonesia’s Anthony Ginting (No. 6), Asian Games gold medallist Jonatan Christie (No. 8) and India’s Thomas Cup winner Lakshya Sen (No. 9).

Despite his drop in form, Japan’s former world champion and world No. 2 Kento Momota should not be discounted too. 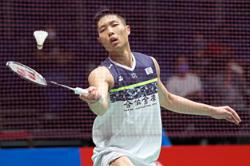