The 53-year-old has sealed his return on a two-year deal after having served as the men’s doubles head coach from 2005-2012, where he was best remembered for grooming Koo Kien Keat-Tan Boon Heong into a world No. 1 pair.

Kien Keat-Boon Heong had also won the Doha Asian Games gold in 2006 and the All-England title in 2007.

However, Rexy believes there’s plenty more he can offer to the BAM and he’s now back to accomplish what he could not in his first spell – to help Malaysia produce their maiden world and Olympic champions.

“Now that I’m back, I have the opportunity to realise my mission to help Malaysia win gold at the 2024 Olympics,” said Rexy in a virtual interview from Kuala Lumpur.

“The last time I was with BAM for seven-and-a-half years, I could only manage to produce All-England and Asian Games champions. I hope I can help BAM win the coveted Olympic gold medal.

“That’s one of the reasons why I accepted the offer.”

Rexy added that it was also the governing body’s strategic plans for both the Paris 2024 and Los Angeles 2028 Olympics that have convinced him to take up the offer and be part of the ambitious projects.

The former Indonesia and England coach believes Malaysia have already got themselves on the right track following the emergence of youngsters like Lee Zii Jia, Aaron Chia, Soh Wooi Yik, Pearly Tan and M. Thinaah.

“When I was in Thailand, I kept tabs on the Malaysian badminton developments very closely,” he said.

“I was quite impressed with both their short-term and long-term plannings for 2024 and 2028, as these programmes excite me.

“BAM have already made some progress with the likes of Pearly and Thinaah emerging from the women’s doubles. I can see that they are getting better and better as they were able to give Greysia (Polii)-Apriyani (Rahayu), the reigning Olympic champions a run for their money in the recent matches.

“Even the mixed doubles (Hoo Pang Ron-Cheah Yee See) too, who were pivotal in Malaysia’s bronze medal feat at the Sudirman Cup recently.”

Rexy stressed that his immediate task when he reports for duty on Dec 1 is to help the national shuttlers solve their inconsistency issues.

“Malaysian players have always been very good, but they must solve their problem with inconsistency. This will be the first thing I intend to discuss with coaching director Wong Choong Hann,” said Rexy.

“I also look forward to discussing with the other coaching staff on how to make players understand our goals. Both coaches and players must share a common target and same direction, otherwise there’s no way the plans can be implemented smoothly.”

On why he did not renew his contract with Thailand despite enjoying a productive five years with them, he replied: “I had no intention to prolong my stay because my wife and I had plans to return to Kuala Lumpur and settle there. It was all good throughout the five years in Thailand.”

Rexy also revealed that he too had offers from former employers England and the Philippines but opted for Malaysia in the end. 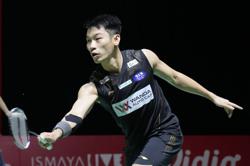