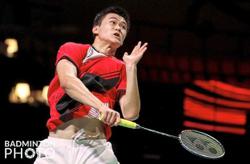 PETALING JAYA: Malaysia are through to the quarter-finals of the Thomas Cup Finals in Aarhus, Denmark after outplaying Canada 5-0 in their Group D opener at the Ceres Arena on Tuesday (Oct 12).

Captain Lee Zii Jia (pic) put Malaysia ahead when he brought fast rising 19-year-old Brian Yang back down to earth with a comfortable 21-18, 21-13 win in 38 minutes.

Despite having earned notable victories over higher ranked opponents such as world No. 7 Jonatan Christie of Indonesia and No. 13 Kanta Tsuneyama of Japan recently, the 19-year-old has found his match in Zii Jia.

"Brian has upset quite a few top players and everyone was looking at whether he would upset me today," said Zii Jia in the post-match interview.

"I had to be stronger than him.

"He’s quite an all-round player. I’m looking forward to seeing how he will perform in future."

Malaysia still proved too strong in the last two doubles fixtures of the day despite lining up two scratch combinations where world No. 8 Aaron Chia -Soh Wooi Yik and No. 26 Nur Izzuddin Rumsani-Goh Sze Fei swapped partners between the two pairs.

The victory over Canada was certainly sweet as it came a day after national women's team were beaten 1-4 by the same opponents in the Uber Cup competition.

Malaysia will take on Japan tomorrow in the battle for top spot in Group D.

It's the only group with three teams following the withdrawal of England in the eleventh hour. 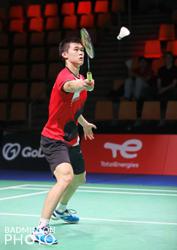 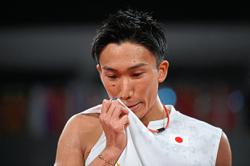