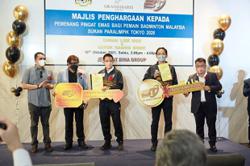 KUALA LUMPUR: Guiding Cheah Liek Hou to a historic para badminton gold at the Tokyo Paralympics will surely go down as one of Datuk Rashid Sidek’s greatest feats in his coaching career.

But the 53-year-old former international believes he can do so much more for para badminton as he looks to produce several more worthy medal contenders to join Liek Hou in the hunt for glory in Paris 2024.

Rashid said he is open to the idea of getting a few more para shuttlers under his care in the event that the National Sports Council (NSC) want him to do so.

Following the success of the Tokyo 2020 project, Rashid’s services are highly likely to be retained after Liek Hou made it clear that he wants to train under the 1992 Thomas Cup winner until the Paris Games.

Rashid is expected to hold talks with the NSC next month to discuss his future. It was revealed previously by NSC director general Datuk Ahmad Shapawi Ismail that Rashid is being hired on a freelance basis, where he’s paid for his expertise and services for the Tokyo 2020 project.

“I have yet to speak to them (NSC on the service renewal). For now, my plan is to continue training Liek Hou,” said Rashid.

“But if NSC have some talented players who they want me to develop, I’m willing and more than happy to help like how I did with Liek Hou,” said Rashid.

It remains to be seen if the NSC will offer Rashid the position of heading the national para badminton coaching set-up, given that he knows what it takes to bring the best out of a player.

Rashid was first engaged by the NSC when Liek Hou’s performance was going downhill in mid-2019, but it took less than six months for the southpaw to get his mojo back.

Rashid, however, will most likely decline any full-time offer as he has his own commitments.

Rashid said he is no longer with the Sports Affairs Academy and has formed his own academy – the Rashid Sidek Badminton Club (RSBC).

Some of the top independent players who train under him are Liew Daren, Soong Joo Ven and Soniia Cheah.

“For now, it’s just me as coach. I need more funding to recruit more coaches, so for now I will handle things on my own.

“The plan is to expand next year. I’m still hesitant to make any major plans due to the pandemic situation. But once it subsides, I can plan better.” 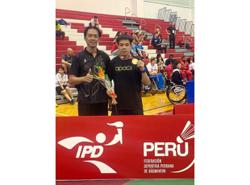