Enviable target: Cheah Liek Hou hopes to extend his unbeaten record in world paralympics badminton for as long as he can.

KUALA LUMPUR: With Paralympics gold in the bag earlier this month, six-time SU5 men’s singles world champion Cheah Liek Hou has already won everything that para badminton has to offer.

But the 33-year-old has no intention of slowing down just yet as he has set his sights next on remaining unbeaten for as long as he can.

Liek Hou’s triumph at the Tokyo Games saw him extend his unbeaten run to 36 matches dating back to October 2019.

“I want to create as much history as possible, with the longest unbeaten run being one of them,” said Liek Hou after receiving a RM10,000 incentive for his Tokyo Games success from the Kuala Lumpur Badminton Association (KLBA) yesterday.

“I don’t really keep track of my winning streak, but now it seems that the media is doing it for me. Perhaps it’s time I start paying attention to it.

“It’s going to be a good source of motivation because being unbeaten for a long time is not a thing that’s easy to achieve. Hopefully, I can create a record that’s hard to surpass for a long, long time.”

However, Liek Hou’s under no illusion that he can bulldoze past all his opponents without hard work.

He was also quick to point out that world No. 1 Dheva Anrimusthi and No. 3 Suryo Nugroho of Indonesia are not the only two rivals he has to keep his eyes on.

“I would say that each rival in the men’s singles SU5 category poses a big challenge to me,” he said.

“Most of them are way younger than me. I’m easily five to eight years older than any of them as their age range falls between 22 and 25.

“That itself is making it tough for me. But as long as I stay in top shape, I can fend them off.”

Liek Hou said he’s also driven by the fact that he gets to compete in the BWF Para Badminton World Circuit, which is slated to take off next year.

“There will be plenty of action next year, I’m so excited waiting for next season’s calendar to be released,” said Liek Hou.

“Para badminton can only get bigger with the formation of the world circuit. I’m not sure how much it’s similar to the able-bodied’s World Tour, but hopefully it offers prize money.

“The world circuit is going to boost the participation from all over the world because it consists of three different tiers of tournaments, so the beginners also have a good platform to start with.” 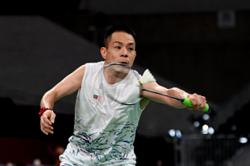 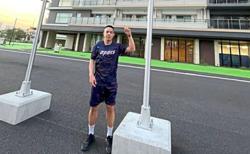