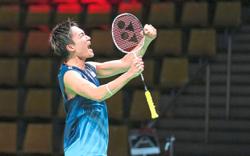 PETALING JAYA: Hendrawan (pic) had hoped to win his third Olympics medal as a coach with three different players but it did not happen in Tokyo due to several reasons.

Hendrawan’s charge and reigning All-England champion Lee Zii Jia, who had all the credentials to challenge for a medal, lost to 2016 Rio Olympics champion Chen Long of China in the men’s singles last 16 in Tokyo last week.

Hendrawan admitted that his attempt to guide debutant Zii Jia to the podium had been affected by several challenges.

“This Olympics has been tough for me as a coach. I had to deal with family problems and pressure,” said Hendrawan.

On the day Hendrawan was to leave for Tokyo with the team on July 27, his daughter Sevilla was admitted to the hospital and had to go through a surgery for an illness.

It was hard for a father not to be by his daughter’s side and he had to leave all matters to his wife to handle as he had to be with the national team under the bubble system.

Prior to that, his father in Indonesia was in Intensive Care Unit (ICU) but due to the distance, he was unable to be there.

It was a trying time under the Covid-19 pandemic but Hendrawan decided to keep matters close to his heart as he did not want to distract Zii Jia and the team’s preparation for the Olympics.

Then, there was also the immense pressure to deliver.

“I’m sorry... There was a huge expectation on Zii Jia after he won the All-England. As his coach, I really felt the pressure this time,” said Hendrawan.

“Everyone expected a medal, I did too. Zii Jia lost out to an experienced player, who knew how to handle the situation.”

After taking care of Zii Jia for some time, Hendrawan admitted that if there was one area that Zii Jia had to work on, it was to reduce the frequency of his up-and-down performance.

“The curve of his up-and-down performance has to be flattened further. This is part of the process of being a mature player,” added Hendrawan, who believed Zii jia was heading on the right path to success. 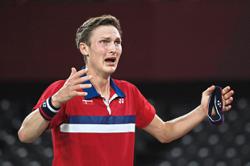