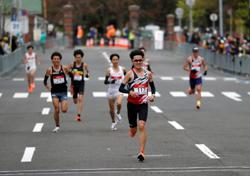 Cai Yun and Haifeng are the only men’s doubles pair to have won four world titles. They also won Olympic gold at London in 2012.

“They played at an incredibly high level, which helped them win every major title in badminton, ” he added.

“Most importantly, the standards they set will always be a challenge for younger generations of players who seek to emulate them.” — Reuters

Taiwan pair are the ones to beat now, says Aaron
Five cows, a house and more than RM1mil for Indonesian shuttlers
Legends Lin Dan and Chong Wei get analytical over Zii Jia’s display
The fear of each other kept Lin Dan-Chong Wei rivalry great
Windfall for bronze medallists after solid outing
We are not there yet, says Choong Hann after missing out on gold again
Axelsen ends Long wait, Polii-Rahayu scores a first in doubles
Aaron-Wooi Yik acknowledge Morten and Looi Academy’s contribution
Axelsen in tears after ending Denmark's 25-year wait for Olympics gold
Indonesia celebrate as Greysia-Apriyani break Chinese stronghold for historic gold