All smiles: Choong Hon Jian and Toh Ee Wei showing off their prizes after winning the Slovenian International Series in Maribor.

PETALING JAYA: Sometimes, all one needs is a second chance.

Doubles shuttler Toh Ee Wei showed the Badminton Association of Malaysia (BAM) coaches once again that they did not make a mistake by recalling her into the national team by winning the mixed doubles title with Choong Hon Jian in the seventh tier Slovenian International Series in Maribor yesterday.

It was the duo’s second title after having won the Polish Open in March in their first international tournament.

“We did it, God bless. Thank you my partner and coach, ” said Ee Wei, on her Facebook posting.

“Let’s prepare and continue to fight for the next one, next week. Having the right mentality is everything, ” added Ee Wei ahead of this week’s Austrian Open from May 27-30.

Ee Wei has every reason to be happy as Paulus has offered her a lifeline in the mixed doubles after she rejoined the national team for the second time.

She had left the national team twice but fortunately, the coaches believed in her abilities.

Ee Wei, touted as the next big thing in Malaysian badminton after winning the 2018 World Junior Championships women’s doubles silver with Pearly Tan, left the team due to health issues in 2019 but was handed a chance to resurrect her career last July in women’s doubles by Choong Hann.

But she quit for a second time in January due to the lack of tournament opportunities caused by the Covid-19 pandemic and returned as a mixed doubles player.

The consistent showing of Ee Wei-Hon Jian is good news for Paulus.

Soon Huat, Shevon and Pei Jing were dropped by the national body while Kian Meng eventually decided to join the rest as an independent player too.

Pang Ron-Yee See are now ranked 26th in the world, followed by Tang Jie-Yen Wei (46) and Hon Jian-Ee Wei at the 263rd position.

If Hon Jian and Ee Wei continue with the progress in these smaller tournaments, their world ranking will surely shoot up, and they will be able to compete in the bigger tournaments against top players of equal standard.

Meanwhile, Malaysia also won another title in Slovenia through Low Yeen Yuan-Valeree Siow in the women’s doubles. They defeated Isabella Nielsen-Marie Steffensen of Denmark 21-11,21-15 in the final. 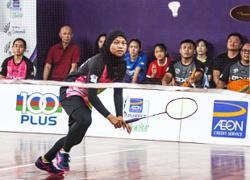 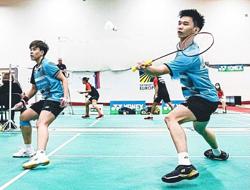